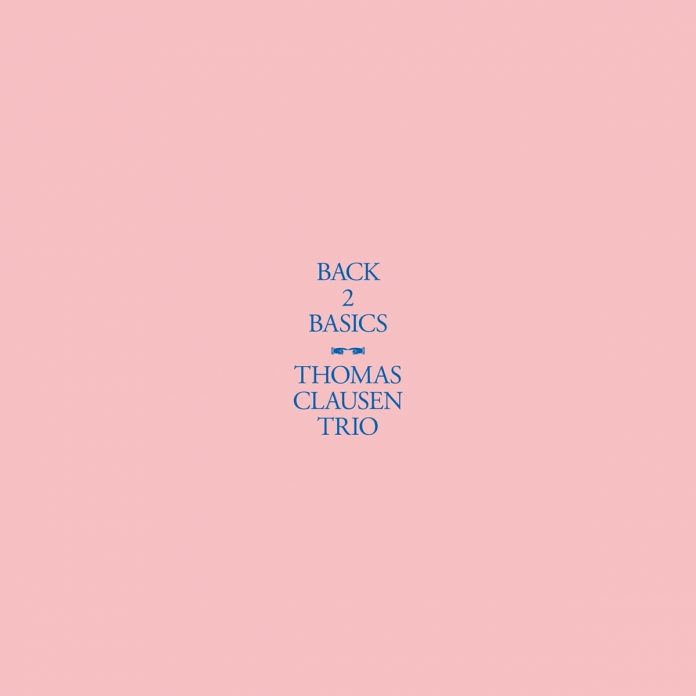 European jazz has long been self-sufficient and relatively free of enthralling American models, and Danish pianist Thomas Clausen is an emphatic example. Wide-ranging in his musical interests and tastes, he leads a trio that’s 15 years old and originally counted Neils Henning Ørsted Petersen as its bass player – a European gift to America and the rest of the jazz world if ever there was one. The present incumbent is Thomas Fonnesbæk, and the drummer Karsten Bagge, both the latest in a line of Danish rhythm section musicians who’ve been Clausen trio members.

Fifteen years has been time enough for Fonnesbæk and Bagge to confound the idea of a piano trio as consisting of a main player with two appendages. Fonnesbæk operates beyond Petersen’s shadow, inevitably cast, and Bagge is fine-tuned to the opportunities Clausen presents in explorations of the standard, or standard-like, repertory notable for their flexibility and dynamics.

On its formation in 2006, the trio recorded Back To Basics, so this new album with its slight titular modification is a similar workout of fundamentals, implying that the three have been doing other things in the meantime.

Clausen performs with ease the difficult trick in jazz of appearing to wander far from the theme without losing contact. Invitation, with its lazy Latin beat, and How Deep Is The Ocean, with its echoes of Bill Evans, find him not only staying in touch but chasing seemingly fugitive shifts of harmony and tempo.

Such a sinewy approach modified everywhere by delicacy and good taste allows Fonnesbæk and Bagge to respond to what’s happening in colourful ways, such as the cymbal shimmer in Billy Strayhorn’s Bloodcount and the bass features that emerge from piano intros, as in Edelweiss, or from the opening and conjoined bass-keyboard statements of It Could Happen To You, You Must Believe In Spring, and the traditional Vem Kan Segla Förutan Vind.

Discography
How Deep Is The Ocean?; Walkin’; Nature Boy; Bloodcount; It Could Happen To You; Edelweiss; Invitation; Vem Kan Segla Förutan Vind; You Must Believe In Spring; You And The Night And The Music (52.15)
Clausen (p); Thomas Fonnesbæk (b); Karsten Bagge (d). Copenhagen, 25 May 2020.
Stunt Records STUCD 21042

Michael Tucker - 26 September 2021
A follow-up to their 2018 Three Pictures, the Zurich Jazz Orchestra's Dedications is some special album. As Andrew Read says in his informative sleeve essay: “This recording highlights not...