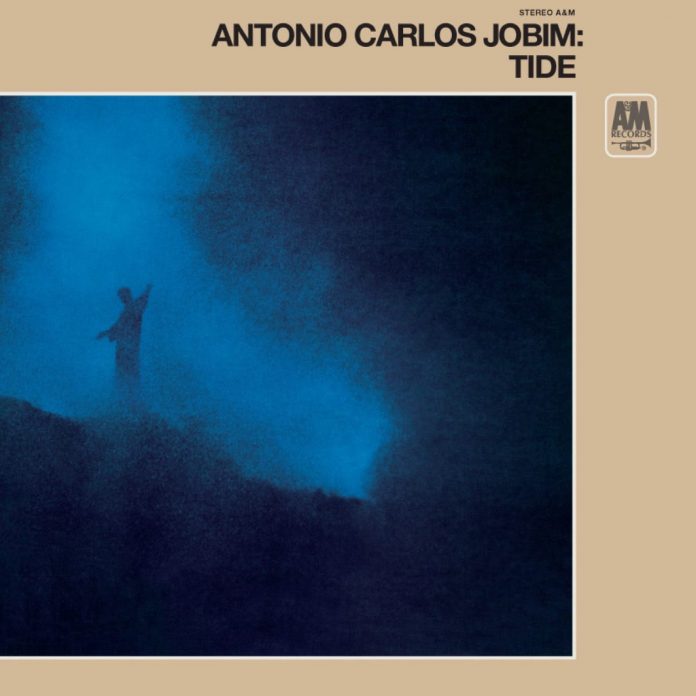 After the success that Wave brought to Antônio Carlos Jobim in 1967, A&M were not going to hold back investing in what seemed like the appropriate sequel for this mostly instrumental album. What we have here is a reissue of the sixth album released by the Brazilian maestro, produced by Creed Taylor and engineered by Rudy Van Gelder. Tide features a combination of famous US jazz stars such as Ron Carter as well as notable Brazilian musicians including Hermeto Pascoal.

It opens with what seems like an unnecessary revamp of The Girl From Ipanema; nonetheless it’s a quirky arrangement. Unlike Wave, the arrangements are written by Eumir Deodato rather than Claus Ogerman and seem just as important to Jobim as the compositions. There is less focus on the strings and more attention given to the horns and woodwinds.

The mood changes moving onto the second track, Carinhoso, which translates to tender in English. This charming ballad is led beautifully by Joe Farrell on flute and originally composed by Pixinguinha.

Overall, the ambience is largely relaxed and free flowing. There are occasional moments where the sound flourishes into what can only be described as energetic 70s fusion. In Tema Jazz, Pascoal lets roar in familiar fashion with an extravagant flute solo.

By far the most memorable track on the album is Remember. This simple tune uses a specific clave, throughout performed on piano, whilst the electric piano plays a quirky sounding melody on top. In addition, there is a flute interlude to tie the piece appropriately together. The title track is a cunning rewrite of a Jobim piece from Wave.

While this album is aesthetically pleasing, it is more suited to aficionados. Many may view this as an addition to the easy listening collection. Try to avoid falling into that headspace and centre your mind on the lyrical melodies that are hidden throughout, especially Jobim’s tune named Sue Ann.

Brian Morton - 16 March 2020
Leo Feigin is wonderfully loyal to his artists. This group of Heinz Geisser’s grew out of a fascinating outfit called the Collective 4tet who put out half a dozen...