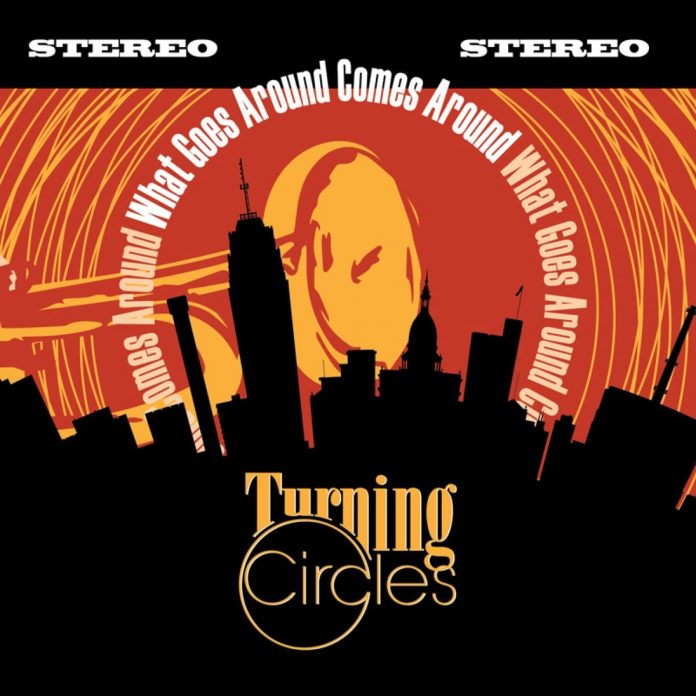 The two significant things about Kerry Moffit are (1) this is his debut album, and (2) he has been a professional musician for 41 years, 25 of which were spent as a member of United States Air Force bands.

This means that at best he is on the threshold of senior citizenship and at worst he has crossed that threshold well and truly; either way he is seriously long in the tooth in terms of debut albums. That would appear to be largely irrelevant given that the chops are more than up to the task of going the distance with Old Father Time.

The eight musicians, who along with Moffit are known collectively as Turning Circles, are all from the Midwest and are, so the sleeve notes tell us, amongst the finest in the region. Moffit, who arranged the entire album, has selected four standards by Hank Mobley, Shorty Rogers, Buddy Shaw and Jimmy Van Heusen and complemented them with four originals from his own pen.

The resultant sound smacks of West Coast laced lightly with hard bop and if nothing stands out particularly neither does anything fall below the standard we might expect from seasoned professional musicians. In short, a well-earned three stars.

Simon Adams - 03 July 2020
Kahil El’Zabar and David Murray first recorded together in 1989 and some of the seven compositions on this new set are co-written by both of them. So why they...