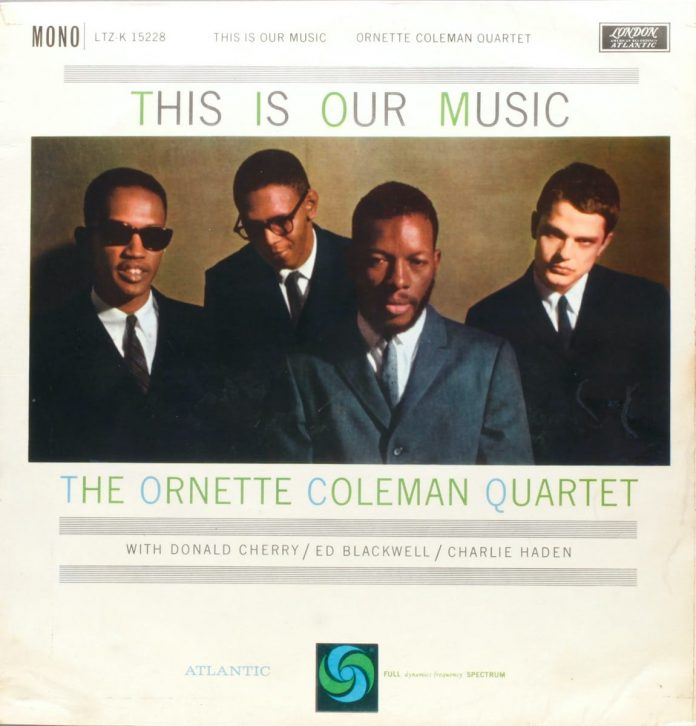 When I saw that the liner note for this album had been written by Coleman himself, I expected to be enlightened by it. However, it turns out to be as unintelligible as his music. For example – “I can’t talk about technique because it is ever changing. That’s why for me the only method for playing any instrument is the range in which it is built.”

Although musicians have been saying for years that the only people who should write about musicians are other musicians, Coleman does not add materially to one’s understanding of his music by his liner, and I defy anyone to make sense out of the second sentence in the above quotation.

The best thing about the music is the bass playing of Haden and the drumming of Blackwell; when one can stand Coleman no longer one can always listen to these two. Some of the things on this record would be laughable if they were not intended to be serious; like the way “Beauty” degenerates into an exchange of squawks between Cherry and Coleman, and the strangulation of “Embraceable You”. Only occasionally does the playing of the horns become coherent – on the blues, for example. Even Coleman cannot destroy the basic validity of the blues.

Ornette Coleman is an unfortunate product of the American quest for newness above all else; set up by the ‘king- makers’, his limitations are further exposed with each succeeding record; there is no evidence of improvement in his playing, technically, and his improvisations are as devoid of real melodic inventiveness as they were on his first album.

John Watson - 22 February 2021
My admiration of Italian trumpeter and flugelhornist Paolo Fresu is unbounded. In my view he is one of the most expressive and heartwarmingly lyrical players in the history of...