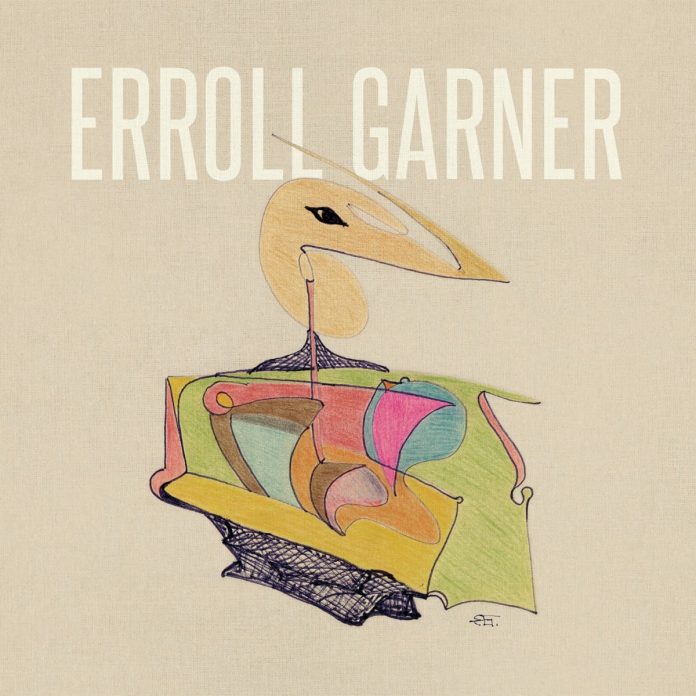 The one under review contains three high-quality vinyl remasterings, taken from the original mono analog master tapes, of a Garner concert at Boston’s Symphony Hall in 1959 and a single compilation (in white vinyl) of 10 Garner originals from the Octave archives.

Those so inclined can also download the 12 albums Erroll made for Octave Records from 1960 to 1977: Dreamstreet, Closeup In Swing, One World Concert, A New Kind Of Love, A Night At The Movies, Campus Concert, That’s My Kick, Up In Erroll’s Room, Feeling Is Believing, Gemini, Magician, and Gershwin & Kern. The deluxe edition of all these live and studio recordings also includes CD copies – with additional tracks – of the Octave albums, five seven-inch 45rpm singles from his private collection, and a single cassette The Final Concert Cassette – his last public performances recorded at Mr Kelly’s in Chicago, 1975.

Both box sets contain a handsome hardcover 60-page book including an appreciation by Robin D. G. Kelley, six previously unpublished examples of Erroll’s own paintings, and photographs from the Garner archive. In their introduction to the volume, Peter Lockhart and Susan Rosenberg, Octave Music Producers, assert that it “tells the story of Erroll Garner, his manager Martha Glaser, and their fight for creative freedom”.

There are oblique references to the longstanding dispute between Garner and Columbia records over its payment of royalties and the issue of some of his recordings without his permission. Glaser also found Erroll’s financial and private affairs difficult to handle.

Kelley, in a heavily detailed essay (156 endnotes), commends Glaser’s promotion of Erroll’s spectacular career, and observes that Garner typically “was cast as the jovial little elf with conked hair who played piano, perched on two telephone books, could not read a lick of music and yet was often compared with Debussy”. Garner, he concludes, chose not to read music. He allegedly said: “Hell, man, nobody can hear you read!” But he was always in Kelly’s telling “ahead of his times (and) could take the sappiest Tin Pan Alley tune . . . and make it sound as if he invented it”.

Cecile McLorin Salvant points out that Erroll’s not widely known artwork – in ink, pencil and oils and handsomely reproduced here – suggests the influences of Klee and Kandinsky. Terri Lyne Carrington offers a concise summary of Garner’s 27 performances at the Boston Symphony Hall Concert (presented by the late George Wein), and in particular his ebullient renditions of Red Top (also on his earlier bestselling Concert By The Sea album), and I Get A Kick Out Of You.

What can one say (avoiding hyperbole) about these performances? Collectively, they show Erroll at the top of his game, with all his much-loved and trademark mannerisms – the dragging left hand block chords, mercurial flights in the upper registers, accompanying grunts, mischievous and mysterious “introductions” to most titles (which left the audience and his telepathically alert accompanists, Calhoun and Martin in suspense), and above all, the sheer joy which he always communicated to a live audience.

From the Boston concert, my personal favourites are a gently swinging Dancing In The Dark, a languorous Funny Valentine, a joyous Gypsy In My Soul, a romping Song From Moulin Rouge and bar-room style Back Bay Stride. Other delights are the My Fair Lady medley, Kick Out Of You, Red Top and a tongue-in-cheek Bernie’s Tune. The Sessions album has solo and group performances (presumably with Martin and Calhoun, but details are not provided). Octave 103 kicks off the proceedings at a lolloping pace. There is little to choose between the remaining titles, although She Walked On, True Blues, Grill On The Hill and the always enchanting Misty will delight and tempt (credit) card-carrying Garnerians.

One reservation might be that given the modest playing times of the three concert LPs (sic) they might well have been fitted on to two. The excellently reproduced Sessions disc is slightly more generous in this regard. Not enough previously unreleased Erroll for the asking prices? Make your choice and then pay your money.

Discography
LP1: [Complete Symphony Hall Concert] (1) Dancing In The Dark; My Funny Valentine; But Not For Me; The Nearness Of You; A Foggy Day (In London Town); Gypsy In My Soul; I Didn’t Know What Time It Was; Lover; Last Word (38.43)
LP2: The Song From Moulin Rouge; I Can’t Get Started With You; Back Bay Stride; Gospel Mambo; Shell Game; My Fair Lady Medley: I’ve Grown Accustomed To Her Face; On The Street Where You Live; I Could Have Danced All Night; Frenesi; Dreamy (36.32)
LP3: Someone To Watch Over Me; I Get A Kick Out Of You; Misty; Indiana (Back Home Again In Indiana); Moments Delight; Bernie’s Tune; Red Top; Will You Still Be Mine; Erroll’s Theme; Kitten On the Keys (35.15)
LP4: [Sessions] (2) Octave 103; She Walked On; Paris Mist (Trio Version); Not So Fast; You And Me; Misty; True Blues; By Chance; Grill On The Hill; Maybe You’re The Only One (41.51)
(1) Garner (p); Eddie Calhoun (b); Kelly Martin (d). Symphony Hall, Boston, 17 January 1959.
(2) “Ten Garner originals discovered on the Octave master session tapes and never before available on vinyl”. (No dates.)
Octave Music/Mack Avenue Music Group MAC1188LP

Peter Gamble - 29 August 2021
Etta James’s personal problems have been well documented over the years, leading to the belief that some of her live and recorded output was patchy, the quality of her...