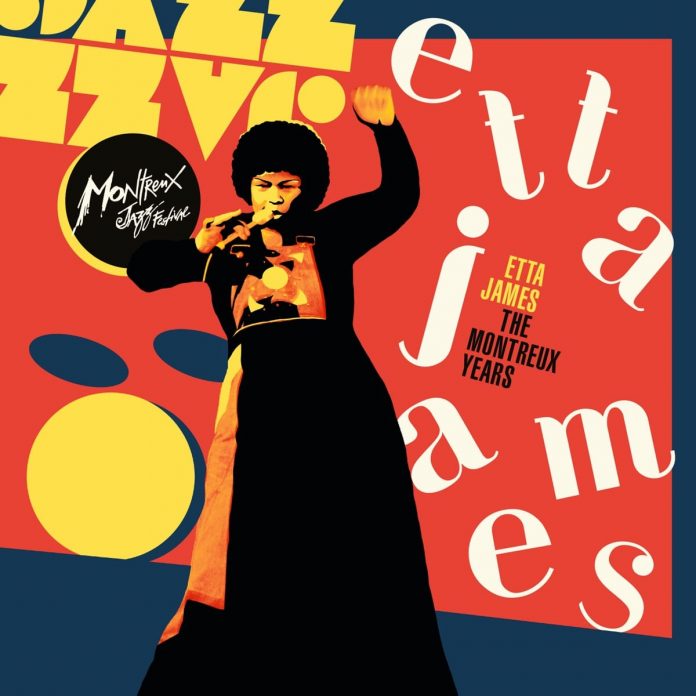 Etta James’s personal problems have been well documented over the years, leading to the belief that some of her live and recorded output was patchy, the quality of her performance dependent on her coping mechanism at any one time. Consequently, it is worth noting the consistency surrounding this material taken from 18 years of appearances at the Montreux Jazz Festival.

This is typical James’ stuff, encompassing songs from the soul/R&B canon which the singer was so comfortable with, although at one point she insists to the audience she is a blues singer, whilst at the start of the At Last medley her reference to the unnamed who insisted on the jazz singer tag is possibly a little contemptuous.

Her delivery is mostly powerful, containing that degree of rawness we associate with the better blues performers and this approach is common to all the tunes, whether they be an Otis Redding composition like I Got The Will or Jimmy Reed’s Running And Hiding Blues.

As one would expect, there is plenty of interaction with the audience who warm to the singer’s onstage persona and if her entrance in 1975 receives a slightly subdued response, by the time we get to Stormy Monday she has the assembled throng in the palm of her hand. The differing personnels are of interest and include rock musicians Rick Wakeman and John Paul Jones – representing the peculiarities that occur on occasion at festivals.

Apart from one or two tunes stretching beyond their natural life, this will be regarded as a pretty decent representation of James’ art. And who could resist the enthusiastic harmonica playing of the late Montreux supremo Claude Nobs?

Roger Farbey - 01 November 2021
The album that started it all was of course, trumpeter Mark Kavuma’s eponymously titled debut album (Ubuntu, 2018) swiftly succeeded by The Banger Factory (Ubuntu, 2019). This third release...