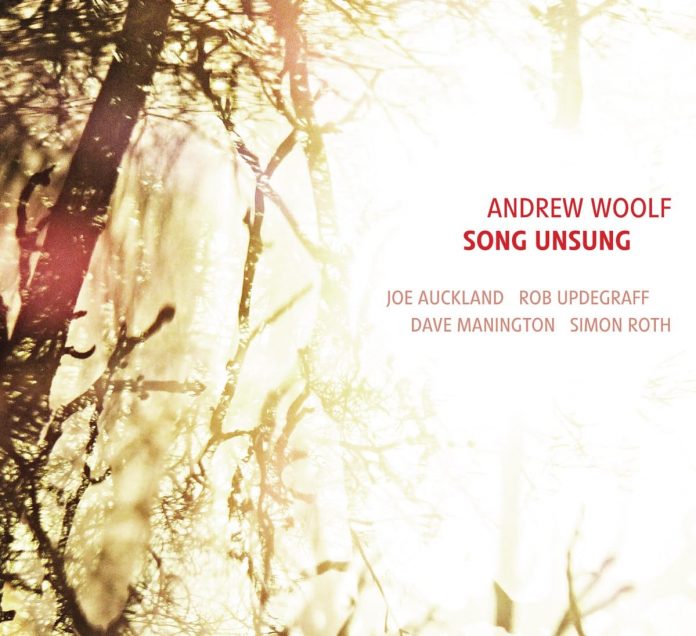 Tenor saxophonist Andrew Woolf’s debut album was released through the benevolent auspices of a crowdfunding drive on 2021 which successfully raised more than its desired target in just 28 days thanks to over 100 supporters and helped recover earlier costs from the project including studio hire and mastering, with the residue going to the Help Musicians UK charity.

London-based Woolf studied at Oxford University and then at The Guildhall School Of Music And Drama. He’s played and recorded with the Madwort Saxophone Quartet, The Button Band and the Soma Quartet. He’s also participated in projects to projects embracing other musical cultures such as traditional Brazilian group Clube do Choro UK and modern Afrobeat bands Afrik Bawantu and Ozi Ozaa. He’s also a singer with the London Vocal Project, which performed and recorded with Kenny Wheeler and Norma Winstone.

During his time as a student Woolf began an enduring love affair with choro, a style of Brazilian traditional instrumental music. But in addition to his interest in modern jazz and experimental improvisation he has a keen interest in Afrobeat. Influence from the latter genre is detected in tracks such as Paradise with a buoyant ensemble arrangement and vital contributions from Rob Updegraff on vibrant guitar and some mellifluous trumpet courtesy of Joe Auckland. All the while the quintet is robustly anchored by the rhythm section comprising Dave Mannington on bass and Simon Roth on drums. Skyward represents some of the more adventurous approaches taken by the band and includes some searching extemporisation notably here by Updegraff. Both Woolf and Auckland evince some fine duetting interplay on the pastoral Twenty Years Ago.

All the tracks are penned by Woolf with the exception of Miragem De Inaê, composed by the Brazilian duo Anna Paes and Iara Ferreira. So while all the tracks demonstrate compositional imagination and expertise in their execution, another of the interesting aspects of the album is derived from Woolf’s evangelism regarding his love of Brazilian music and particularly alerting the listener to Paes and Ferreira. Their instrumental version of Miragem De Inaê is affecting but equally so is exploring the original music of its composers. (As a tangential sidebar, Paes’ guitar playing is extraordinarily accomplished and she could rank alongside Baden Powell or João Gilberto, so for this introduction alone, Woolf is owed a debt of gratitude from this reviewer.)

Nigel Jarrett - 22 March 2021
Dutch alto saxophonist Tom van der Zaal should need no introduction but he does. This is his debut album. It's self-released into a distinguished Netherlands jazz scene with a...