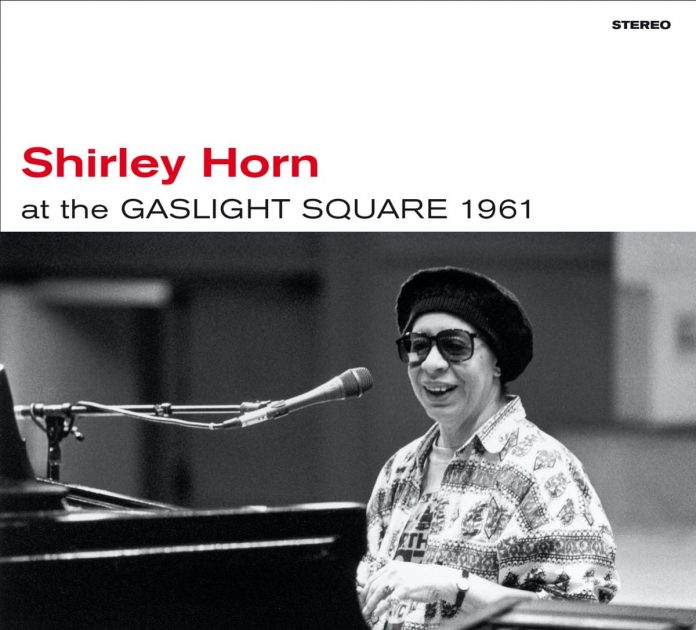 The tracks from the Gaslight Square that open this album were long thought to be recorded at the Village Vanguard in New York, thanks to a wrongly titled LP that has long been out of print. Not so, for they were actually recorded in the entertainment district of St Louis known as Gaslight Square, the exact club remaining unknown.

As on almost all her recordings, Horn is never hurried, her minimal piano lines walking through each song at a glacial pace, although the solo instrumental version of ’Round Midnight does reveal a more expressive side to her playing.

Vocally she is never demonstrative, her small voice warm and expressive in delivery. Bass and drum accompaniment is minimal and often absent, often providing just punctuation. It all makes for an atmospheric, tantalising listen.

The bulk of this album is drawn from the big-band set Loads Of Love, recorded in New York in September 1962 and originally issued on Mercury. In truth, the 12-man Jimmy Jones orchestra and strings, despite its star-studded ranks, adds little to proceedings. Horn preferred to accompany herself, and without her piano here, she sounds a little lost. And also uncomfortable, for her favoured slow tempos are largely replaced by a jauntier pace. But she brings grace to The Second Time Around, enjoys a smooch through Do It Again, and slows down the big band effectively on Love For Sale.

Three concluding bonus tracks with Stuff Smith from 1959 change the mood again, and make for a raffish ending.