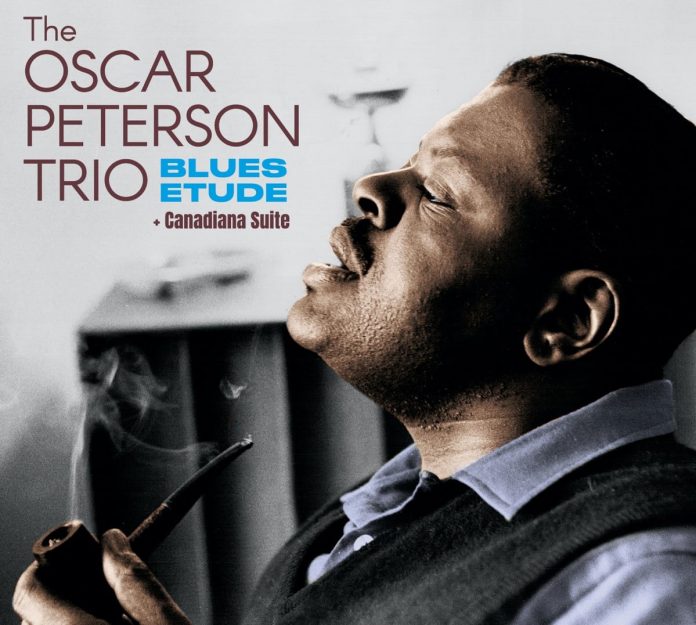 Blues Etude marked a transition for the Oscar Peterson trio. During the recording of it, bassist Ray Brown left the group and was replaced by Sam Jones. Drummer Ed Thigpen had also moved on and was replaced by Louis Hayes. Whether the change of personnel makes much difference to the sound of the trio is in the ear of the beholder.

Writing in AllMusic, critic Scott Yanow commented that the basic sound of the trio remained unchanged, as Peterson always was the dominant force behind the music. From the original liner notes of Blues Etude, Gene Lees begs to differ, writing how different Oscar sounds when playing with these new sidemen.

An album of two halves then, with Brown or Jones featuring alongside Peterson and Hayes on the nine tracks that were all recorded in Chicago, but with a five-month gap reflecting the change in personnel. The tracks with Jones on bass seem lighter, with Peterson paring his playing back a little bit as he adjusts to the different dynamic that Jones brings to the trio. But overall it’s hard to disagree with Yanow’s assessment that Peterson drove things to such an extent that changes on bass and drums made little significant difference to style and content.

To hear just how good the trio of Peterson, Brown and Thigpen was, the CD also features Peterson’s homage to his homeland: Canadiana Suite. Through a mix of ballads, waltzes, blues and marches, Peterson takes the listener on a journey from the east to the west of this vast, diverse country. It’s a masterpiece of composition and improvisation, with the tracks sounding both free and yet tightly controlled. There is a crisp, disciplined feel to the performance with Peterson not letting his technique overwhelm the material – a criticism that can sometimes be levelled at his playing.

Many of the tracks from the suite featured in his live concert performances over the years, but hearing it whole is to be reminded of just how tightly knit this line-up was, and how evocative this is as a musical trip through Canada. Now almost 60 years old, the Canadiana Suite sounds as fresh and engaging as it did when it was recorded.

John Adcock - 19 September 2019
Bass player Javier Moreno has drawn on some personally challenging experiences to shape the material on this, his third album. The notes accompanying the CD reveal that the songs...