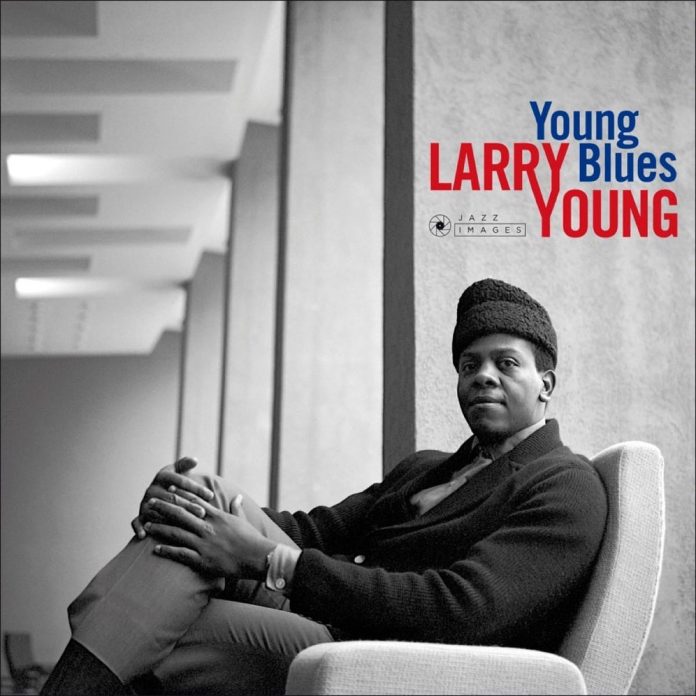 This splendid vinyl reissue covers Young’s pre-Blue-Note years, when he was strongly influenced by Jimmy Smith. Young was born 7 October 1940 in Newark, New Jersey and acquired his jazz grounding by playing with musicians including Jimmy Forest and Tommy Turrentine. His first albums as leader were issued in 1960 on Prestige – Testifying and this album, Young Blues. The influence of Smith is evident throughout but that is not to devalue the record. If you were a young jazz organist and playing the Hammond, how could you not be influenced by Smith?

But Young also had some good musicians by his side, notably Thornel Schwartz on guitar. As musical as the Hammond is, it does need to feed off another instrument and Schwartz’s guitar is the perfect counterfoil. Where Young is the foundation, Schwartz is free to run in different directions; but always the music returns to that reassuring Hammond vibe.

Young contributes only one original track to the album. There is an excellent cover of Morris “Mo” Bailey’s A Midnight Angel. African blues is a collaboration between bassist Wendell Marshall and Prestige producer Esmond Edwards. Edwards also co-wrote the track, Something New, Something Blue, with John Paul Jones. The American songbook gets a feature with Walter Donaldson’s Little White Lie, Hammerstein’s When I Grow Too Old To Dream and Rodger’s Falling In Love with Love. Ray Draper’s Minor Dream opens Side B, which also includes Horace Silver’s Nica’s Dream. Young’s playing is confident and thoughtful throughout. It is Hammond playing at its most relaxed, mellow and refined. This is a musician learning his trade and pushing out (cautiously) as a leader.

There is no real sign at this stage of what happened when he moved to Blue Note. After signing for Blue Note in 1964 Young moved in a very different direction with the influence of Coltrane replacing that of Jimmy Smith. Later he became involved in jazz fusion, playing with Tony Williams, John McLaughlin and Miles Davis. He died in March 1978, aged 37, from causes that remain unclear.

The quality of this vinyl recording is excellent and shows in each groove how talented Young was in his early days. The music has a luxurious, laid-back vibe and makes for great late-night listening. It comes with excellent packaging and photography too.

Matthew Wright - 27 September 2020
When art teacher Mike Westbrook encouraged his student Alan Wakeman to take up the saxophone it was the start of a long musical relationship and a highly productive career...