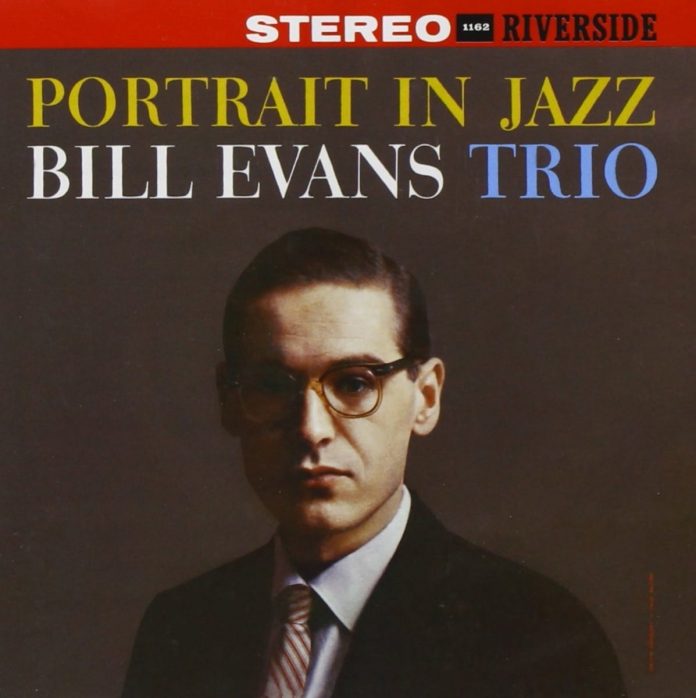 I am far more impressed by this record than I was by Bill Evans’ first release, “Everyone Digs. . . .”, about which I had few kind words to say. Let me say at once that the Evans style is founded on what I can only describe as a classical upbringing, which is probably a great asset, but leads to the danger of becoming stereotyped.

I can see at once the similarities between Bill’s work and that of Andre Previn. I also see an even closer resemblance to Ahmad Jamal, particularly in the up-tempo numbers, although Bill does not use the tinkling top-note technique in the way that Ahmad does.

The points which I enjoy most in Mr. Evans’ work are the way he introduces short phrases where he throws the rhythm about in masterly fashion, breaking down a straight 4/4 into its logical complexities, and equally for his economical use of notes. His ballad work is very sensitive, and here he displays a technique in the use of the sustaining pedal (loud pedal to you) which seldom appears in jazz, but which is a vital part of classical piano training.

He enjoys some exceptional backing from Scott LaFaro and Paul Motian, the former showing unusually sympathetic accord with the main soloist in the way they trade the lead, especially in “Autumn Leaves” and “Spring Is Here”.

I have few qualms in commending the record to those who have advanced some stages beyond boogie and ragtime. At the same time I realise the presence of a certain preciousness which, if allowed to develop, may destroy Evans’ hard-earned prestige as a pianist with the will and the technique to experiment.

Nigel Jarrett - 22 May 2021
Economies of scale had begun operating in music before lockdowns added economies of means to the mix. Performers saw playing opportunities and pay cheques withheld. So, the kind of...