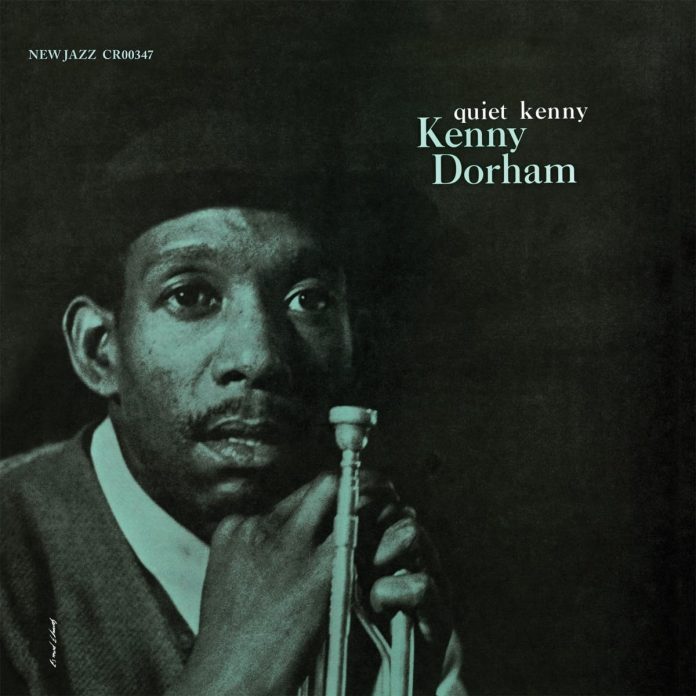 Dorham was an exceptionally good trumpet player but coming up in an era that included Dizzy Gillespie, Miles Davis, Fats Navarro and Clifford Brown he was often overlooked, or perhaps not noticed at all. He perhaps lacked the charisma most of them possessed, but as a trumpet player he was technically as good as any of them.

This set for the Prestige label offshoot New Jazz was made in 1959 and, like the rest of the label’s output, was required to offer standards and blues and not much else. Owner Bob Weinstock had no time for rehearsals, paid or otherwise and not much time for any form of preparation. Musicians were expected to go in, blow enough material for an LP and go home.

Dorham solved the problem here with four solid standards and two self-penned blues pieces, Blue Friday and Blue Spring Shuffle. The only exception is his composition Lotus Blossom, which is the one uptempo hard bop selection. He was well equipped for it, having spent two years in the original Jazz Messengers in 1955/56 and, before that, time in Charlie Parker’s combo. The hot rhythm section employed here would have either known it or picked it up swiftly on the spot. The LP was Dorham’s first as a leader fronting his own quartet and he certainly made the most of it.

There is some exquisite ballad playing here on Alone Together and Old Folks, Kenny playing with that soft focus, warm yet robust trumpet tone he had all through his relatively short career. He was a unique soloist, at home at all tempi and on all material in the jazz canon. Listen particularly to his clean bop sound on Lotus Blossom. The piece swings compulsively, helped along by Flanagan, Chambers and Taylor. It isn’t all quiet though and shouldn’t be. This is a well-paced, lyrical session.

The LP is a limited edition brought out by Craft Records for Record Store Day. It is an exact facsimile of the New Jazz original and issued here mastered on the mono tapes. Perhaps the stereo masters were considered inferior or even lost. All that matters though is the music and that is all first class.