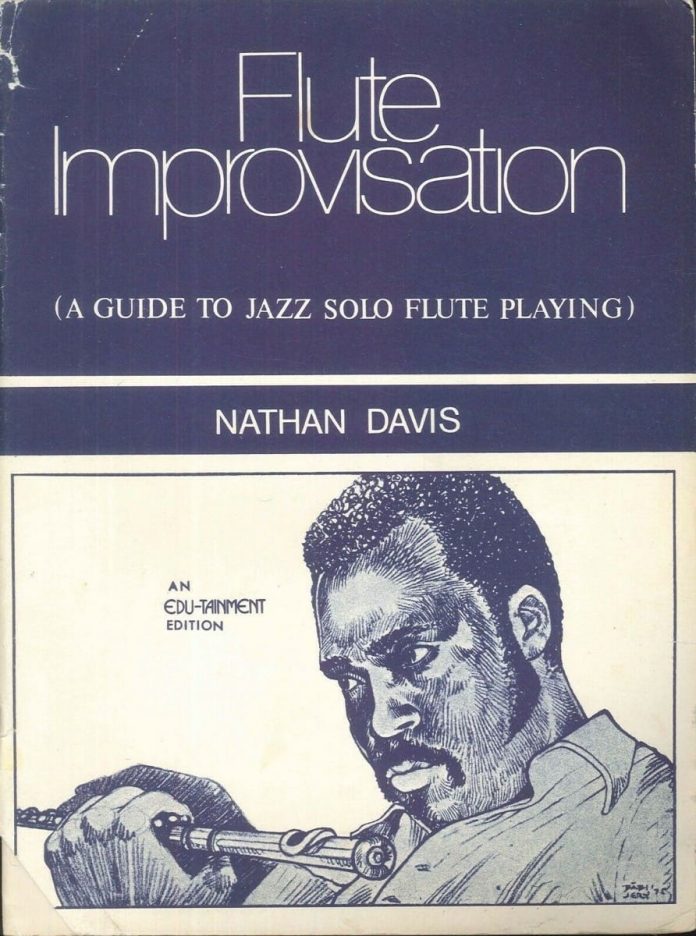 I have not had the pleasure of hearing Nathan Davis’s work on jazz flute but obviously his musical pedigree is impecc­able, including work as director of the University of Pittsburgh’s jazz pro­gramme since 1969 and appearances with US jazzmen such as Donald Byrd, Art Blakey and the late Eric Dolphy to name but a few.

I found his written introduction very articulate and helpful in trying to explain the problems of jazz flute playing. In my opinion, this book is more suited to flute players who already are conversant with basic musical theory and who also have technical facility of medium to high standard. The book is beautifully presented with 17 tunes immaculately written out. Too often in books of this nature the music is not clearly written out. The end of the book contains some very useful exercises with reference to various chord structures and phrases and would be useful in the jazz context.

As Davis explains in the introduction, most of the tunes are originals, based on chord sequences from well-known standards, which, as he says, was often the practice of such musicians as Charlie Parker and Dizzy Gillespie. I have some reservations about this because with tunes as strong as Stella By Starlight by Victor Young, or Giant Steps by John Coltrane the substitute tunes are really better described as improvisations. The chord sequence of the latter is very interesting and extremely difficult, particularly considering the speed it is supposed to be played at, i.e. a minim = 190! (in fact the other day I happened to play the original and discovered that Coltrane’s speed is nearer a minim = 132).

I like the way he says ‘please have fun’ – this is something that all musicians of any standard will have a great deal of ‘fun’ with. The tunes I preferred were Klook’s Theme which I thought had a particularly interesting chord sequence and bouncy theme, and also An Autumn Dream which reminded me of the theme from the TV series ‘MASH’.

I feel that though the written impro­visations are absolutely correct from the harmonic point of view, when you are playing them the actual sequences are not easy to hear in your head. This perhaps would not occur if the flautist was playing with a rhythm section, but I feel that the aim of the book is to create a complete sound as you are playing the music and I don’t think this is quite achieved.

Another point I would make is that he does not often use the extreme high or low notes of the flute, and in one of his tunes, The Party, Davis uses a low B which most flautists in this country, particularly the students and jazz enthusiasts who would purchase his book, do not customarily use. I myself have tried a flute with a low B, but decided it was not for me as it meant the flute was slightly heavier to hold, and it makes playing high notes slightly more complicated, but if you don’t own an alto flute, a flute with a low B foot joint could be very useful.

In summing up, I would say that a lot of thought and work has gone into this book and that it could be of great assistance to those with some degree of technical facility who wish to begin to unravel the mysteries of jazz improvisation.

Nigel Jarrett - 29 March 2019
Scott Fitzgerald gave jazz a scope beyond its ambition when he coined the term "Jazz Age". Those who did most of the roaring in the Roaring Twenties were not...