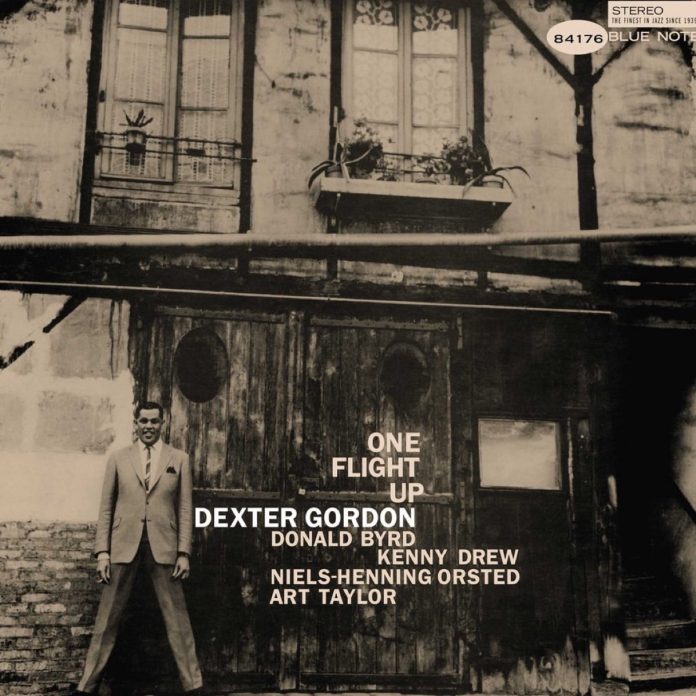 Dexter moved to Copenhagen, taking a short residency at Ronnie Scott’s on the way, in 1962. He had just recorded two of his very finest LPs for Blue Note, Go and A Swingin’ Affair. Then, in 1963, he made a trip to Paris from Denmark to record for Blue Note with Bud Powell featured on piano.

This, his second overseas session for the company proves that he had lost nothing in terms of skill and invention after two years away from the USA.

The title track Tanya, a Bb minor blues played at a leisurely tempo, is over 18 minutes in length, but I doubt you’ll be bored listening. There is a high level of invention and consistency in the long solos by Dex, Byrd and pianist Kenny Drew. The solos build in context and all three avoid the temptation, if it existed, to end with a flourish of 16th notes. Taylor is a tower of strength in the rhythm section, pushing, adding in fills and explosions occasionally but keeping the time steady as a rock. Niels-Henning, just 18 at the time, plays like a New York veteran and it is no surprise that Gordon brought him over from Denmark where the two had been working together.

Coppin’ The Haven, also a minor theme, is somewhat similar to Tanya in construction although the solos are freshly minted, and the rhythm section crackles along contentedly. Darn That Dream is a ballad feature for just Dexter, and he gives it his full, emotion-filled, richly inventive all. After a solo like that it must have been difficult for Drew to follow but he makes a good job of the only other solo on offer. It is a basic enough programme but played by musicians like this it is lifted to the ranks of some of the best.

Chosen for Blue Note’s flagship audiophile Tone Poet vinyl series, the mastering captures the music as close as possible to the way it sounded when recorded. Inside the glossy cover centrefold a large photo of Dexter sitting at a table in a Paris café looking content says it all. He lived and worked in Europe for many years to come and the music was undiminished.

Jeremy Isaac - 17 August 2021
In contrast to his 2019 large-ensemble release America at War, Joel Harrison’s latest offering opts for a stripped down, 11-track collection on which the American Guitar Summit founder is...