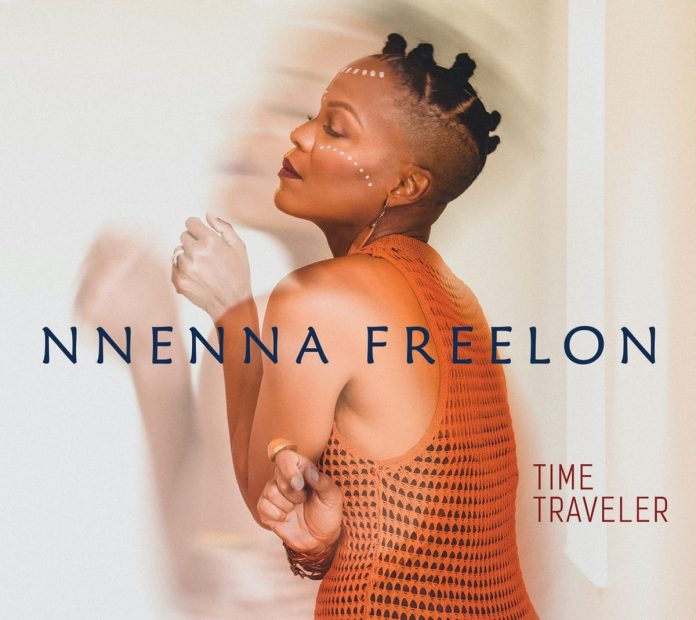 It is more than a decade since Nnenna Freelon’s last album; far too long an absence from the scene for this fine singer. She recorded extensively, notably for Concord Jazz in the late 1990s and early 2000s, and was winner of the Billie Holiday Award and the Eubie Blake Award.

Freelon has spent many years as a teacher and was National Spokesperson for Partners in Education. Recently, she was recipient of the Youth Empowerment Through the Arts Award and Artist of the Year Award from the National Association of Women in the Arts.

Sadly, her long absence from the scene came because she spent much of her time caring for Phil Freelon, her husband of 40 years, during his battle with ALS. This ended when he died in 2019 and the following year saw another personal loss, this time with the death of her sister, Debbie.

Prompted by these events, the song selection ranges widely, yet all are brought together through Freelon’s interpretations that reflect personal loss yet also shine with hope. As she says: “Singing from the heart of grief gave my voice a new shape and allowed a kind of freedom. I found unexpected gifts of hope and joy in the palms of sorrow.”

Among the songs here are standards, Moon River, Time After Time and Come Rain Or Come Shine, a medley of songs associated with Marvin Gaye, Jim Croce’s Time In A Bottle, and originals Time Traveler and Just You, the last named written for Phil Freelon. Freelon’s accompanists here are all effective, notably Whalum on Betcha By Golly Wow, Veasley on the medley.

Freelon’s strong vocal sound retains an appealing youthful ring and this, allied to understanding of the lyrics and a powerful emotional connection, allows her to create impassioned interpretations that will engage and enthral listeners, almost all of whom will have had personal experiences mirroring those of the singer.

The underlying theme, reflection on loss, should not lead to assumptions that this album is gloomy. Far from it. As is apparent, especially in the Gaye songs, it is filled with hope and optimism and realisation that love can lighten the darkest times. Again, Freelon’s words: “My hope is that Time Traveler offers compassion and hope for the places in life that feel hard. It’s my soul’s gift to myself, my husband and the universe.” Very warmly recommended.

John Adcock - 19 August 2019
The title for Uusitalo’s third album could hardly be more fitting. As bassist Myles Sloniker outlines in the liner notes, everything here came about quite organically, with Uusitalo drawing...