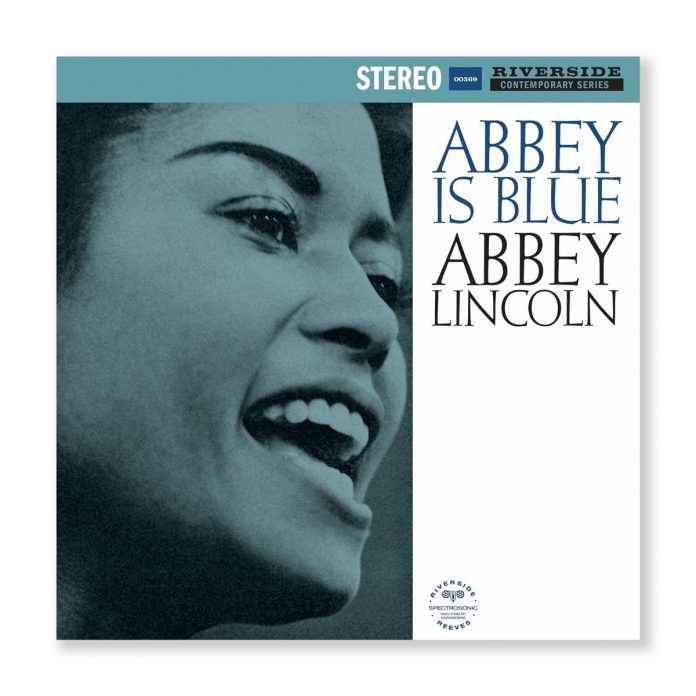 Abbey is certainly blue here. Most of these songs depict sorrow or sadness of one form or another. It’s not bleak or too melancholy though, as her approach and the flexibility of her voice allows plenty of variety of expression.

She chose a distinctly unusual and far from run-of-the-mill programme too, with music and lyrics from such as Kurt Weill, Duke Ellington, Oscar Brown Junior and Langston Hughes. Softly, As In A Morning Sunrise and, possibly, Lost In The Stars are the only standards.

There are also unlikely items such as Lonely House and Thursday’s Child. The latter is sung in desultory manner against a bleak, functional support from the group led by Kenny Dorham. Afro Blue is given a bold vocal treatment with Tommy Turrentine’s blues-based trumpet playing a stinging solo in the background. Abbey’s own Let Up is a solid, slow blues which she sings with warmth and lots of authority. Ellington’s Come Sunday has a gospel-tinged vocal which Abbey sings with emotive force.

There is, despite the general mood of these selections, a considerable variety of cut and thrust both in the vocals and the varying supporting groups. Dorham, Turrentine, Kelly, Roach and Philly Joe Jones all make considerable contributions to the success of each track and pianist Cedar Walton shines on two pieces. Such all-star line ups supporting jazz vocalists were rare in 1959 but Lincoln was married to Max Roach at the time, and I suspect he had a hand in deciding who would play to support her.

Softly has echo applied to the mix to add atmosphere and Dorham’s bluesy trumpet contributions are a considerable asset. The only upbeat piece, at least for the first 70 seconds, is the short Long As You’re Living, which, with Oscar Brown’s clever lyrics, Abbey manages to sing in scat style but with words. Unusual, that.