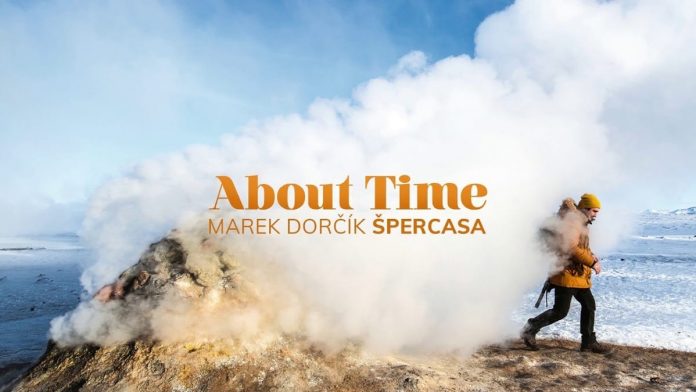 Slovakia-born drummer Marek Dorčík is apparently a sought-after player on the international jazz scene. Here, he and his band offers nine tracks full of instrumental diversity and improvisational skill.

The band formed in 2019 and features Marek Dorčík on drums, George Crowley on sax, Tom Hewson on piano, Miguel Gorodi on trumpet and flugelhorn and Mick Coady on double bass. Although the musicians are primarily known for their individual achievements on the UK jazz scene, About Time reveals their flair for collaboration. Each musician supports the others, but also knows how to showcase their own skill when given the opportunity, and each individual talent spurs the others on.

The album’s theme is climate change. Each composition aims to evoke a thought concerning the seriousness of global warming and the fast-approaching dangers for human civilisation. The message is delivered in the immediacy of tracks such as About Time, but also in the serenity of the ballads Golden Hour and Silent Gratitude. Listeners are encouraged to realise that rapid action needs to be taken. The album’s artwork visually captures the concern that the music strives to evoke.

About Time is an example of musicians using their voices to highlight a non-musical problem, yet doing so in an extremely enjoyable way. I particularly enjoyed Dorčík’s drumming on Špercasa Intro and Outro, two tracks that nicely frame the album and underline his leadership.

Peter Gamble - 09 August 2019
The Unlonely Raindancer was the first of Tippett’s solo forays to find its way on to vinyl, originally issued as a double package on Universe Productions. It may not...