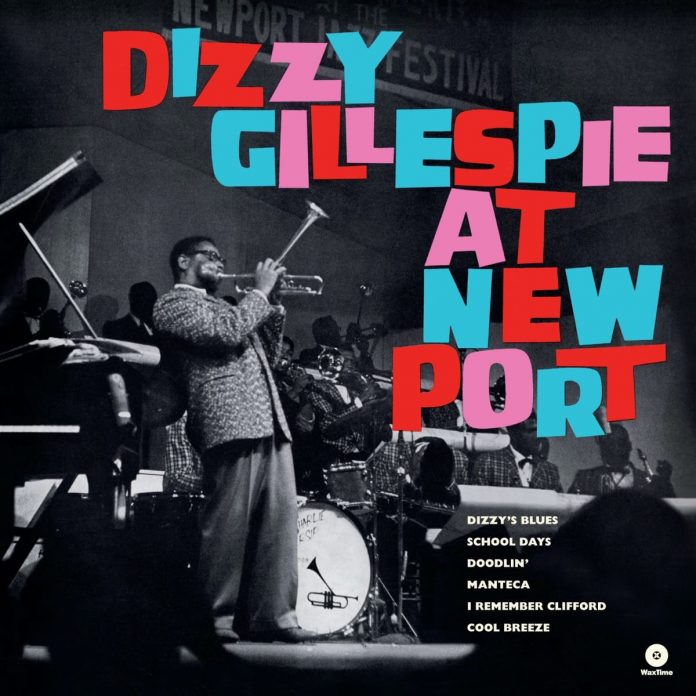 A terrific example of Gillespie’s popular big band of the late 50s, showing how it combined verve, skill and dazzling virtuosity with humour, showmanship and pure entertainment. Right from the start, Dizzy launches into Dizzy’s Blues with a sharply defined solo of breakneck runs and high notes, without losing any accuracy or swing. This lays the ground for equally inventive solos from Al Grey, Wynton Kelly and the down-to-earth Pee Wee Moore, as the band roars along in support.

The Horace Silver composition Doodlin’ shows that Moore, like his leader, is not averse to a bit of clowning with his schmaltzy licks, but I Remember Clifford, Benny Golson’s tribute to Clifford Brown, who had died the previous year, is taken seriously, Dizzy the only soloist.

The popular crowd-pleaser Manteca is included, the band members doubling on percussion and vocal responses and there’s a strong contribution from tenor saxophonist Billy Mitchell on Cool Breeze.

An extra track, Carioca, not on the original album but from the same concert, has Mary Lou Williams taking over from Kelly on piano. This, like her Zodiac Suite, was issued on a Verve CD of the concert.

The Eric Ineke JazzXPress: What Kinda Bird Is This?