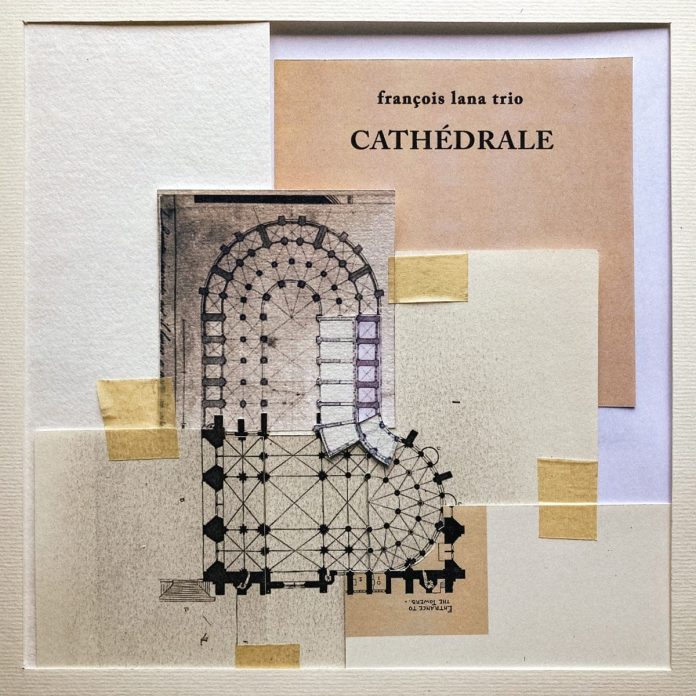 The title of French pianist François Lana’s trio album refers to transcendence or spirituality, but also to his sophisticated architectural approach. Lana began on piano at age 11 – which is quite late for a pianist, in fact – and studied in Paris, Lausanne and Brussels. On this album, he also appears on synths on some tracks. Swiss bassist Fabien Iannone has toured South Africa with the great pianist Nduduzo Makhathini; British drummer Phelan Burgoyne is currently based between Basel and London.

The eight compositions are inspired by jazz composers Thelonious Monk, Herbie Nichols, Andrew Hill and Paul Bley. Tracks are succinct and eloquent, mostly at five minutes or less. Both compositions and improvisation are of an exceptional quality.

The opening track, Chaos Momentum, is freely improvised and succinct. Der Turm is a complex and engaging boppish construction. Divertissement is a gorgeously rhapsodic composition in slow free tempo. Weird Stuff is not weird, just engagingly quirky in its harmonic and rhythmic shifts. The haunting, eerie Nocturne features synth by Lana, while Cathédrale is more freely abstract, playing on texture and atmosphere.

It’s a quibble at most, but Hillness, though intended as a tribute to Andrew Hill, sounds closer to the late, great Stan Tracey – which is uncanny because Lana assures me he’s never heard of him. (On listening to Tracey, he comments that “His playing reminds me a lot of me!”) As with Tracey, there’s an impression of a musician who’s worked hard at their craft, and hasn’t found it easy – there’s no hint of glibness.

Repeated listenings gradually reveal this music’s artistic depth. The trio is totally simpatico, and the compositions are varied, characterful and compelling. A highly recommended release indeed, and I look forward to hearing more from these musicians.