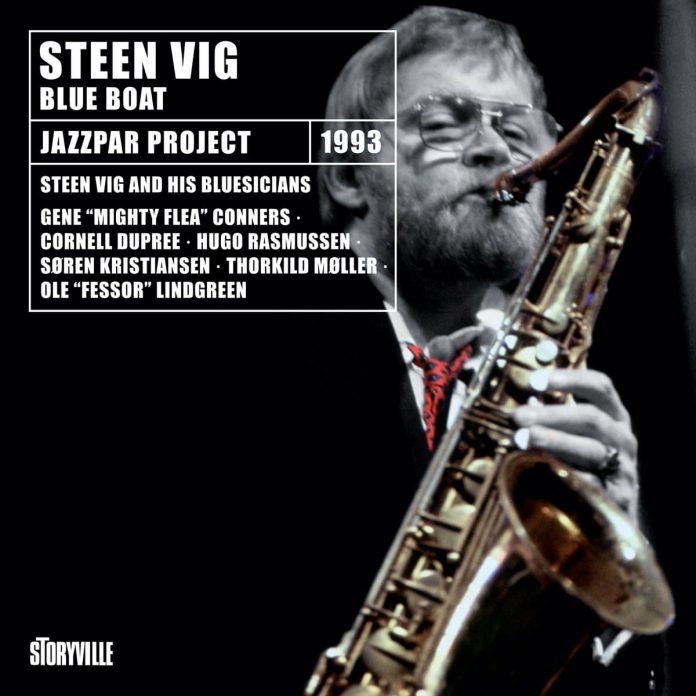 The place to go for jazz in 80s/ 90s Copenhagen was the Vognporten club because here on Monday nights, the Steen Vig Swingsters took to the stage. Their energetic delivery of blues, swing, trad, New Orleans and everything in between attracted huge crowds. The whole band was idolised by its fans but the undoubted star was always its multi-saxophonist Steen Vig. His tenor was powerful and his Bechet-inspired soprano superb. When the playing got hot he’d play both at the same time.

This crystal clear, remastered, studio-recorded album provides the opportunity to relive the sorts of performance that Vig delivered during those captivating evenings. It resulted from his winning the Jazzpar Award in 1993 and its prize of a tour with two international artists chosen by the winner plus a recording with them. This is that recording.

Vig would often close his sets with this song whereupon after a night of hip jazz dancing the throng would suddenly quieten down, link arms and sway slowly side to side, humming softly in unison before departing home with a smile in their hearts. Sounds a little H.C. Andersen / Disneyish, I know, but listen to the number for yourself here.

Unfortunately, Vig didn’t live to see the release of this special album. He died of a heart attack on New Year’s Day 1994. He was 49.