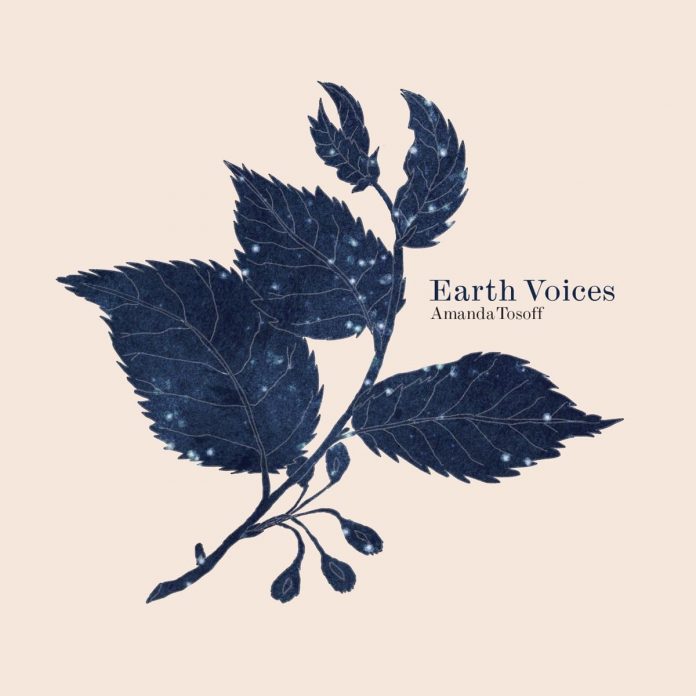 Although schooled in the history of jazz piano, Amanda Tosoff has consistently sought inspiration from outside that world. In this instance, source material draws upon literature, in particular the poetry of several writers, including Walt Whitman, Pablo Neruda & Stephen Tapscott and Edgar Allan Poe.

Similarly, the musical sources range widely, including as they do four works by Tosoff, other composers including Joni Mitchell and Luciana Souza, all of which are arranged by the leader.

The core trio of piano, bass and drums is joined on some tracks by other instrumentalists: Kelly Jefferson appears once, Allison Au twice, Alex Goodman, Aline Homzy and Beth Silver appear four times, as does the string quartet. All of these musicians add to the attractive overall sound of this project. The listed singers appear either individually or in duo.

Unlike some earlier jazz/poetry works I have heard, here the poems are mostly not spoken but sung to the music, which is dominant throughout. Apart from the ensemble playing there are several very good solos, especially by Tosoff, Goodman and both saxophonists. Melodically pleasing, thoughtful and absorbing, this album should appeal to those who like music that stretches the mind yet is always accessible.

Bruce Lindsay - 08 March 2019
Three classic albums, three EPs, 16 singles and a couple of bonus tracks from the movie Beat Girl all packaged in a double-CD release, showcase the vocal stylings of...