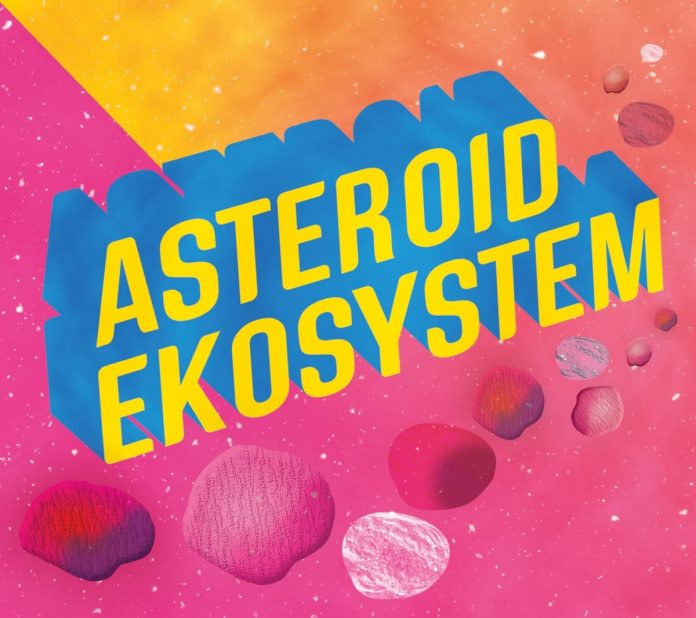 On their latest album, the Alister Spence trio are joined by guitarist and songwriter Ed Kuepper. As co-founder of several rock bands including The Saints, Laughing Clowns and The Aints!, Kuepper brings an electric and often gritty edge to the Aussie trio’s avant-jazz stylings.

Much of Asteroid Ekosystem, as its title suggests, has a cosmic ambience about it. Indeed, the very beginning of the opening track, Not A Leaf In Any Forest, is rather reminiscent of Brian Eno’s Prophecy Theme from the soundtrack of 1984’s Dune.

This ambience ebbs and flows. One experimental peak is reached on Winds Take Forests: it’s full to the brim with Kuepper’s growling distortion pedals and sinister drones which are perfectly complemented by Toby Hall’s and Spence’s equally experimental percussion. Other musical themes are explored, of course. The Face Of The Atom, for instance, is a straightforward rambling blues that contrasts nicely with the more “out there” stuff.

There’s certainly no doubt as to Spence’s ability as a pianist. And while this can be appreciated throughout Asteroid Ekosystem, particularly on the more “open” tracks such as Eclipse, you do get the slight impression that, elsewhere, Kuepper somewhat dominates the tone of the album. On the whole, though, Asteroid Ekosystem is a successful collaboration.

John Adcock - 07 October 2020
Moussay was inspired by the work of Thelonious Monk, but it's no surprise to read that he was classically trained before turning to jazz composition and arrangement at the...