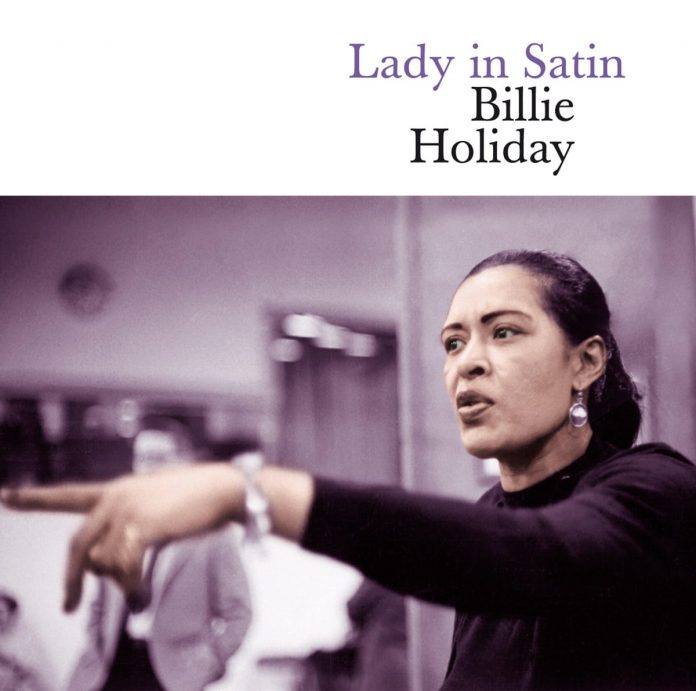 Billie’s penultimate LP album, Lady In Satin, is followed on this CD by 11 bonus tracks recorded just over a year later, shortly before her death. These were issued on an LP album entitled simply Last Recording. One track, Just One More Chance, has been omitted for lack of space.

For the unprepared listener, the endgame performances on this compilation from a unique artist battling with advanced illness present something of a challenge. The struggle to cope with the sheer physical effort of shaping her notes is sometimes distressing, the erstwhile glow of her voice now dulled over with a patina of despondency and world-weariness, and reduced to a huskier, grainier timbre. The jaunty insouciance found in many earlier recordings has long faded, and a prevailing mood of wistful poignancy permeates the slow love ballads of Lady In Satin.

It may take the listener a short while to tune in to Billie’s wavelength, and appreciate the compelling impact of her unique, personalised interpretations of the lyrics and nuanced timing, still highly effective despite vocal restrictions.

Billie had requested the Ray Ellis orchestra for backing and arrangements, and was said to be pleased with the recording. The tasteful accompaniment, with swirling strings, is lush but never intrusive, providing reassuringly mellow, rich melodic support beneath Billie’s damaged voice. Her unerring jazz artistry ensures there’s no blandness, and there are some brief but excellent fills of jazz trombone from J.J. Johnson and Urbie Green to enjoy.

Evidence of Billie’s greatness can be found still in I’m A Fool To Want You, You’ve Changed and the intensely moving For All We Know, with its elegiac introduction.

On the bonus tracks from her final recordings, still arranged by Ray Ellis but with less satin, she swings gently along in somewhat more diverse style over more jazz-styled instrumentation and rhythmic backing, though still mainly with strings attached. Her voice, whilst fragile and constrained, sounds a little brighter and better controlled at times, rallying for Sometimes I’m Happy, You Took Advantage Of Me and Baby Won’t You Please Come Home. In a deeply poignant All The Way, Billie is back in heartbreak territory.

Though certainly not her finest, these last recordings memorably capture her remarkable spirit and talent, battling her demons defiantly, and still spinning some personal magic, as only she could.