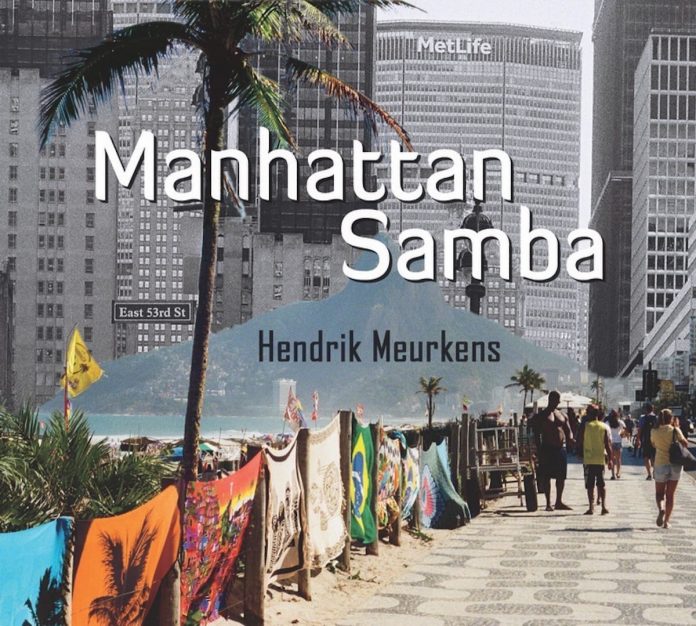 I’ve always liked the harmonica in jazz (and in blues – a different language). It’s perhaps to do with the timbral and thus harmonic richness of the vibrating metal reed, perhaps because it evokes Europe, folk music, gypsies and street buskers.

Meurkens is some way from the above, a German long resident in New York and a virtuosic professional. He’s long had a fondness for the Latin American strain in jazz and this album is no exception. With a bright band of fellow virtuosos he plies a set featuring Brazilian standards from Ivan Lins, Toninho Horta and Jobim as well as five Meurkens pieces.

The band catches light with ease – to hear it at its most fiery, check out the trading between harp and piano on the title track and The Fropple, where Meurkens and Helio Alves have a lot of fun dealing and swapping phrases.

The band includes the legendary Portinho, one of the founding fathers of samba jazz drumming in the US, and alternating bassists Amarante and Huergo to make what Meurkens quite reasonably describes as a “killer samba jazz rhythm section”.

He further says “Fasten your seat belts and enjoy!”, which tells you something about the pace of the album. Dona Palmeira and Bonita are relatively relaxed, but the main focus here is on intense forward motion and packing in the notes.

It possibly won’t be one for the follower of cool and the homogeneity of timbre might cloy a bit from time to time but the rhythmic vigour, the melody, the continual invention and joie de vivre more than make up for all that.

Bruce Crowther - 28 April 2019
An outstanding musician, Mundell Lowe was intent on a career in music from very early childhood. By the late 1950s and early 1960s, the time when these albums were...