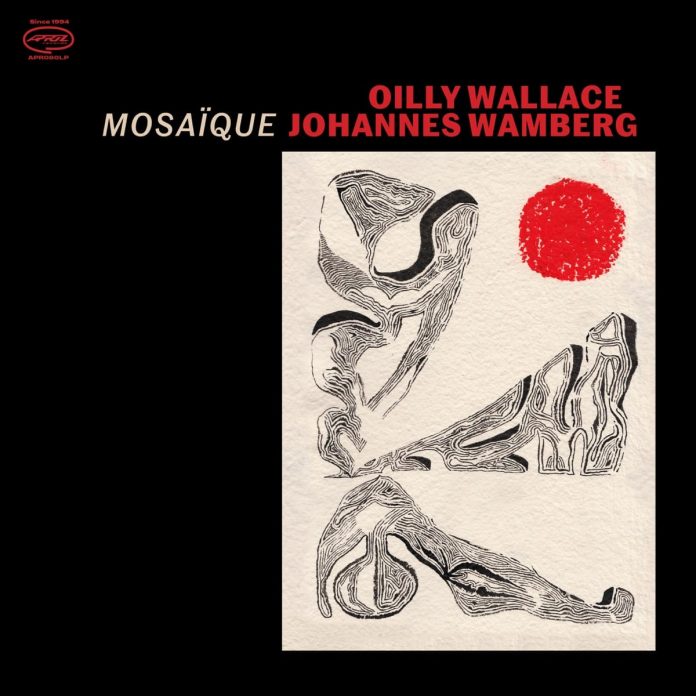 Gentle, give-and-take swapping of improvised phrases for the most part here. Wallace plays fruity alto sax and Wamberg matches him line for line on guitar, acoustic and electric. Mosaïque is a bright waltz by Wallace using modal major chords. It is attractive and is followed by Vermillion, a short interlude for the two instrumentalists lasting only 53 seconds. The standard I Wish I Knew is played fairly straight with attention to the well-known melody and only mild variations.

Wallace wrote Gentle, which is, well, gentle – a brief series of improvised lines by the two lasting only one minute and 20 seconds. The little-known and rarely played This Little Town Of Mine is performed with intensity as a tribute to the late jazz vocalist Beverly Kenny who died very young. Both musicians admired her singing very much and they dedicate another short piece to her, Beverly, later in the programme. It is a sombre little piece lasting just 44 seconds.

Brother is the longest selection on offer at six and a half minutes and this one swells out to quartet size with the addition of a bassist and drummer. The two get into their stride here with the guitarist ramping up the single-note lines as he needs to concentrate less on chords. Wallace too expands his alto solo, both men benefiting from rhythmic backing from bass and drums.

Un Histoire De Plage also comes across as a well-structured ballad reading by the duo, richly performed on flute and acoustic guitar, although it is only just under two minutes in length. Two Sleepy People and Never Let Me Go are played with warmth and a personal style of improvising. Freddie Hubbard’s Up Jumped Spring gets two minutes in 4/4 time rather than the usual 3/4.

These two are good improvisers who work well together although I did feel the tracks were too many and too short. And the success of the quartet selection suggests working with bass and drums next time might be a good idea. A good stretch-out on a limited repertoire would, I feel, most likely reap considerable benefits.

Derek Ansell - 20 January 2019
Meridian is Adison Evans’ second CD since she moved to Tuscany in 2014. The record opens with the title tune, a delicate ballad that moves at a relaxed pace...