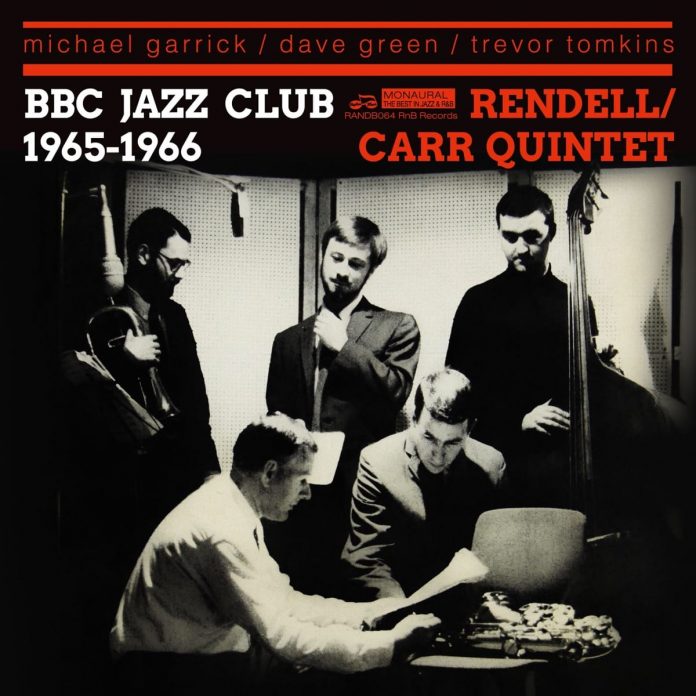 Rendell, the quintet’s “elder statesman”, had previously played in Johnny Dankworth’s septet for seven years and toured with Stan Kenton and Woody Herman. His co-leader, Carr, played in Neil Ardley’s New Jazz Orchestra and went on to form the jazz-rock band Nucleus. Colin Purbrooke had played piano with Sandy Brown and Tubby Hayes. He’d been Dudley Moore’s bassist (yes, he played that too) and became the pianist of choice for countless visiting American artists. Michael Garrick had led bands that included Joe Harriott and Tony Coe. He later established his own big band featuring the cream of British jazz musicians and became prominent in the composition of jazz-choral works. Dave Green and Trevor Tomkins were the “youngsters” in the quintet and are now its only surviving members.

The band became something of a cult outfit as it moved from a melodic hard bop / post-bop delivery to a style of its own encompassing avant-garde experimentalism and at times Indian influences and spiritual jazz. The musical transition is captured on this CD in three previously unissued sessions recorded by the BBC.

The first is from February 1965 and has Colin Purbrook on piano. Arrangements of Horace Silver and Benny Golson hard bop numbers sit alongside music with hints of Miles Davis and Kind Of Blue. Indeed, the band’s album Shades Of Blue was put together not long before this session. The second and third sessions, recorded in March and July 1966, illustrate the change in style prompted in large part by Michael Garrick, who had taken over on piano. Jeff Clyne deputises for Dave Green in the March set and Rendell introduces each number. Humphrey Littleton wittily comperes the July session.

The album has several numbers composed by band members which haven’t been heard before and five “new” versions of what were later to become classics: Dusk Fire, Jubal, Hot Rod, Spooks and Snows Of Yesteryear. Amongst the many splendid tracks are Blues For Sue with sparkling piano from Purbrook, Regrets with Carr supreme on flugelhorn, and the wistful Webster’s Mood with clarinet soloing from Rendell. Sound quality is excellent throughout and an absorbing booklet has background information from Simon Spillett.

Erin Propp & Larry Roy: We All Want The Same Things