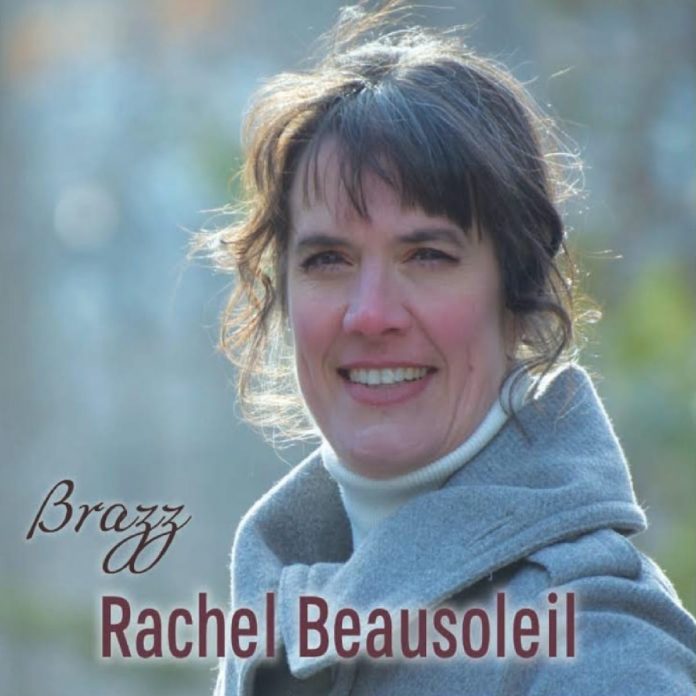 With Brazz, which follows her earlier CDs Close To My Heart (2002) and The Dawning (2009) Rachel Beausoleil celebrates the enduring appeal of the bossa nova. As she pointed out in a recent correspondence, “This project is the culmination of a lot of study … including a PhD on the subject of Brazilian popular music.”

She is French-Canadian able to perform in six languages and although I am not a linguist I presume she concentrates on Portuguese here. Her rich timbre with its gentle vibrato is a perfect fit for the idiom and the affinity she has for what has been a life-study is apparent on every track.

I presume many JJ readers will be as unfamiliar with much of this material as I am although Jobim’s Retrato Em Branco E Preto, which he introduced in 1974, will probably be remembered from the Stan Getz and Joao Gilberto Best Of Two Worlds album a year later. Carinhoso was recorded by Bud Shank and Laurindo Almeida in 1953 and also in 1978 when they were both part of the L.A. Four. Charlie Byrd, Eddie Higgins and Flora Purim have all covered it and of course who can forget Tico Tico No Fuba? It was popularised by the Brazilian Bombshell the irrepressible Carmen Miranda in her 1947 film Copacabana.

Ms Beausoleil’s top-draw accompanists add immeasurably to the success of this release. Jasmin Lalande is suitably Getz-like on Ouca and Construção and his alto sound reminds me of Gary Foster on Canção Do Sal. The full ensemble are only together on five numbers, leaving Garry Elliott on acoustic guitar to provide a most apt and sensitive support.

In the sleeve-note Rachel Beausoleil says “I have steeped myself in the musical ocean that is Brazil, and have gathered here a miniscule sample!” Going forward, these deep Brazilian waters will hopefully provide even more examples of her musicality and her artistry.