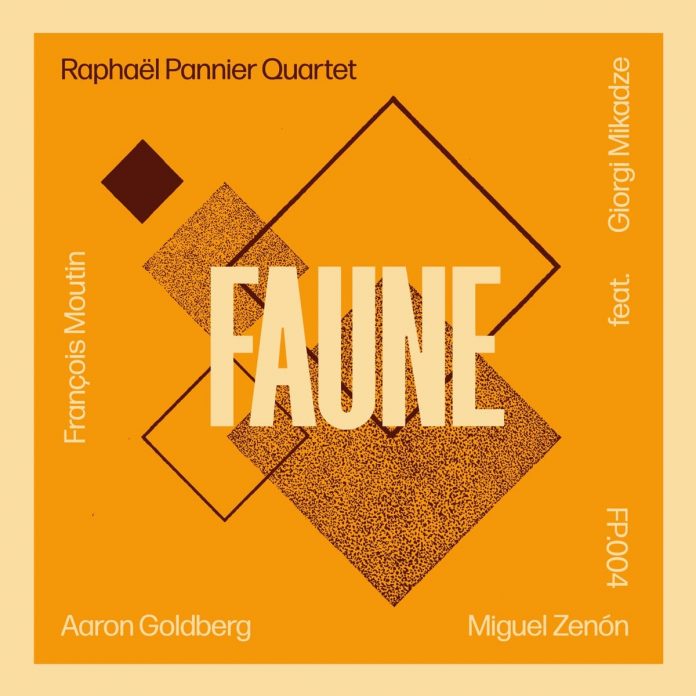 Born in Paris but based in Harlem, drummer Raphaël Pannier has performed professionally since the age of 13 and studied at Boston’s Berklee College of Music (where he worked with Azerbaijani pianist Emil Afrasiyab), the Manhattan School of Music and the Betty Carter Jazz Ahead programme in Washington DC. He won first prize in guitar maestro Lee Ritenour’s Six Strings Theory Competition in 2016, and has also worked with artists including Steve Wilson, Bob James, Marcos Valle, Manuel Valera and Lage Lund at jazz festivals around the world. In 2018 he released the album These Times as co-leader of the all-star Euro-American Jazz Quartet featuring Chad Lefkowitz-Brown, Holger Marjamaa and Benjamin Tiberio.

The same year Pannier began working with MacArthur Award-winning saxophonist Miguel Zenón and pianist Aaron Goldberg from the Joshua Redan Quartet, later being joined by renowned French bass player François Moutin. With Zenón as musical director, they set out to explore the two cultures that nurtured Pannier, the French with its classical harmonies and melodies (hence the addition of classical pianist Giorgi Mikadze on three tracks) and the American, which imparted jazz and essential rhythm. The result is a 12-track portfolio of seven Pannier originals interspersed with classical and jazz pieces by Olivier Messiaen, Ravel, Ornette Coleman, Miles Davis and Hamilton de Holanda.

Recorded at New York’s Samurai Studio, Faune opens on Coleman’s Lonely Woman which sees all four musicians excelling in the solos while also working as a tight, disciplined unit. Pannier’s fussy, swing-influenced Midtown Blues conveys the hurly-burly of Manhattan through Goldberg’s frantic piano before the drummer closes with an energetic solo, while the slow-starting Lullaby builds to a glorious fusion of lofty, playful saxophone with a plodding, punchy drum-and-bass rhythm.

Faune’s exploration of classical and jazz music cultures succeeds and then some. The compositions are well written and expertly arranged, and the musicians are on top form. Both Pannier as leader and Zenón as musical director maintain their presence without dominating the proceedings, their virtuoso skills being amply showcased throughout but sharing equal space with Goldberg and Moutin. The addition of Mikadze on the classical offerings is masterly.

Gordon Jack - 24 February 2022
I first heard Bruce Forman on the 1981 Tokyo Madness CD with the extrovert Richie Cole quintet where he was featured at length on a barnstorming Lady Bird. He...