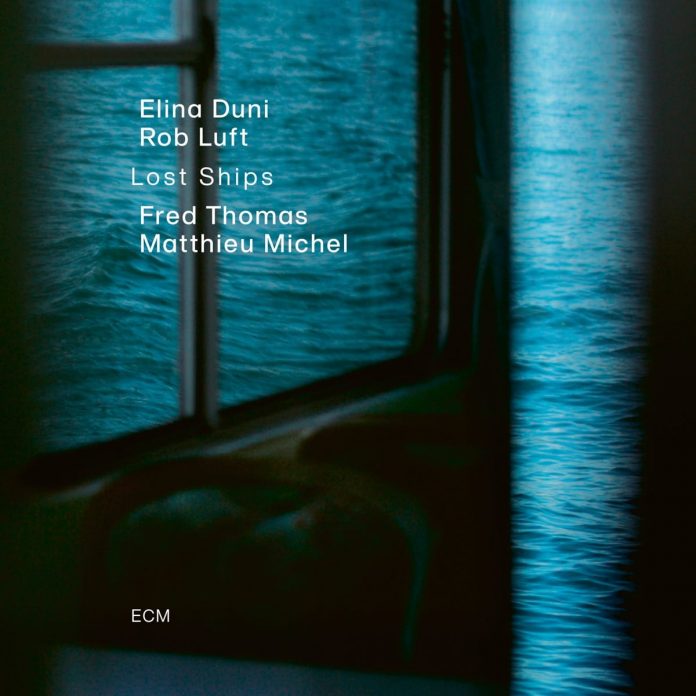 Duni and Luft first played together in 2017 at a series of workshops in Lausanne, and from there developed this set of songs of love and exile, producing “an album about contemporary issues facing us all: the tragic story of the migration crisis in Europe and beyond, the impending ecological fallout following the destruction of nature. It is also an album about the places we’ve been and loved, places that no longer exist or continue to exist only as a fragment of our imagination.”

On this set, Duni sings in four languages – Albanian, English, French, Italian – a modest total given the fact she sang in nine on 2018’s Partir! As ever, her voice is crystalline in its multilingual enunciation while also intimate and expressive in tone, both naïve and knowing in equal measure. She slows down Frank Sinatra’s I’m A Fool To Want You almost to a stop, delivering her lines in a bare whisper, and is quietly wistful on the American traditional song The Wayfaring Stranger. Perhaps best of all is her tentative delivery of N’at Zaman (When The Storm), a barely accompanied meditation on a troubled relationship, and her observational tone on the brief Empty Street.

Luft’s role is surprisingly subdued, despite being co-writer with Duni of six of the songs, in providing the necessary background pizzicato flourishes, although he dazzles on Numb and is eloquent on both Flying Kites and Kur Më Del Në Derë (When You Appear At Your Doorstep), while Michel’s flugelhorn is warm and pure in its commentary on the vocals. Thomas, too, is largely subdued, although his gentle introduction to the title track is sublime.

As ever with Duni, this is an album of craft and skill, of beautiful vocals and subtle instrumentation, performed with perfection. As ever, evocative and intensely moving.