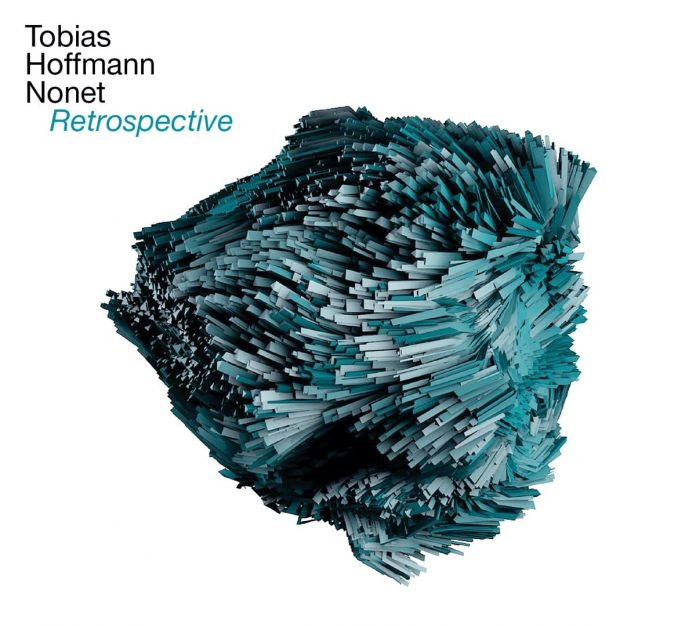 Recorded at Werner Angerer’s Wavegarden Studio, Retrospective is the debut album by German saxophonist, composer and arranger Tobias Hoffmann (not to be confused with the Cologne-based jazz guitarist of the same name).

Now based in Vienna, Hoffman has been performing since 2005, has co-led and conducted the Spittelberg JazzOrchestra, for which he also composes, and has worked with such prestigious musicians as Bob Mintzer, Joe Gallardo, Alexander von Schlippenbach, Paul Kuhn and Benny Golson.

Among its many awards, Hoffmann’s nonet took first place in the band category in 2019’s online Made In New York Jazz Competition. In 2017 Hoffman started planning and writing for Retrospective which comprises 10 original compositions which he also arranged.

The set opens with the sprightly title track, a battery of horns establishing an unmistakably urban sound before making way for a lively saxophone solo, followed by a delightful interplay between Philipp Nykrin’s light-touch piano, Andreas Waelti’s rumbling bass and some disciplined drum work from Michael Prowaznik. Happenstancesstarts off quietly, its mellow piano intro moving into a gentle, horn-led swing pattern which then turns the spotlight on trombone, sax and, briefly, piano, while Procrastinator, appropriately, opts for discord as contrasting brass instruments indulge in a cacophonous duel which later yields to Fabian Rucker’s baritone clarinet and Daniel Holzleitner’s trombone.

The dreamy Frühlingserwachen sees the honours largely going to the piano, whether it’s the understated opening chords or a neat series of runs part-way through, although the subtle horn arrangements underscore a nice trumpet solo from Simon Plötzeneder. Who’s To Blame features energetic underlying bass as Rucker inserts some rough edges on baritone sax in preparation for a combined piano, bass and drum workout, while the subdued Remembrance and the closing, equally funereally paced Am Ende Des Tages are the jewels in the album’s crown, the latter showcasing Stefan Gottfried’s alto saxophone alongside Hoffmann over Waelti’s burbling upright bass.

What’s great about Retrospective is that it offers the best of all worlds, combining the power, excitement and authority of a large jazz band while allowing each of the nine participants to improvise within their own fields, but retaining the discipline of a single unit within recognisable, manageable and superbly arranged formats. The glorious sound of gathered horns – which are all over the record, colouring it everything from jazz to soul – are simply magnificent, and all the musicians shine.