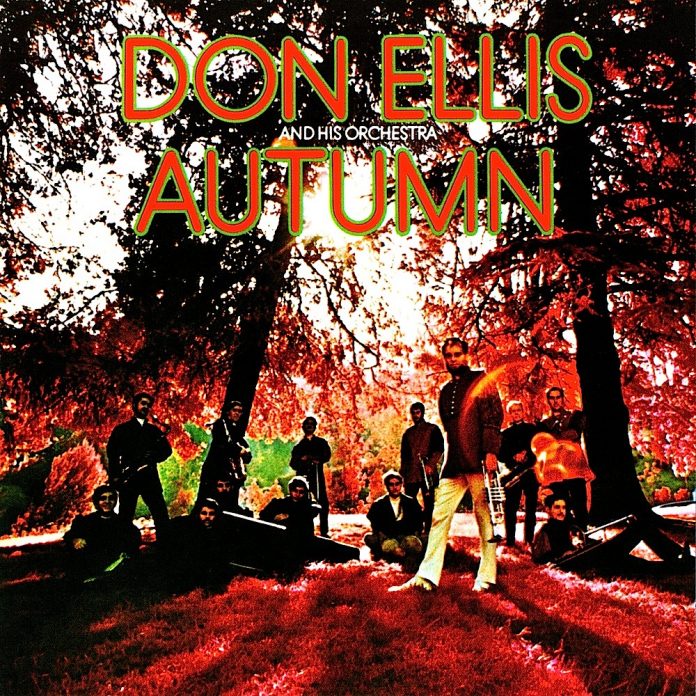 Continued listening to the Ellis band confirms that it is firstly an exciting band with great capabilities, and secondly that the excitement, which has some of the best characteristics of Herman and Shorty Rogers, is a quality which will survive the silly emphasis on time signatures and electronic novelties. This album also indicates that the latter novelties, inventive and full of bravura, are not endless and pall somewhat with repetition. However, these are only indications and need not deter anyone who has the first two CBS sets from buying this one.

The band is moving obliquely to the modern mainstream, and is full of anachronisms, such as the leader’s penchant for a good old wallow in the weepier Harry James style of the forties and the strangely out-of-step tenor solos after Vido Musso and Charlie Ventura (although these latter are almost absent from the current LP).

The best track here is out of line with the band’s usual programme, and consists of a remarkable 8½ minute feature for the alto of Frank Strozier (K.C. Blues). Although he’s not yet well-known over here, Strozier is a strong soloist with an energy reminiscent of Sonny Stitt and an articulation which is quite masterful. It may be remembered that he lit up an otherwise dull Oliver Nelson Impulse album recently and his performance here, as it was then, is before an audience. He begins with a fluent, at times majestic and at times untidy cadenza which lasts for over two minutes. He then moves from an easy-riding Parker groove backed by the rhythm section to a series of breaks (with orchestra support) which really wail and make good use of alternate fingering to produce excitement. The band comes on like early Herman, and then Klemmer’s tenor takes over using some of Strozier’s devices and producing a quite pleasing R&B effect. The James syndrome appears in Variations, a 20-minute work out for the leader and orchestra with fluctuating signatures and a mellow atmosphere which is quite appealing, illustrating however, that as Alun Morgan says that the art of compression is almost lost.

Indian Lady, again from a concert, is much longer than the original, but interesting in the way that the arrangement and solos have been reshaped. Glenn Ferris, who solos, looks as if he could be a trombonist from the old big band school of Fontana, Rehak and Green, and plays with great verve. There is also a fair tenor duet between Klemmer and Falzone.

Ecstacy is electro-pastoral in the way that the recent Star Children was and, despite the fury that this heart-on-sleeve romanticism seems to arouse in people with set ideas about what is permissable, I find it most enjoyable.
Steve Voce