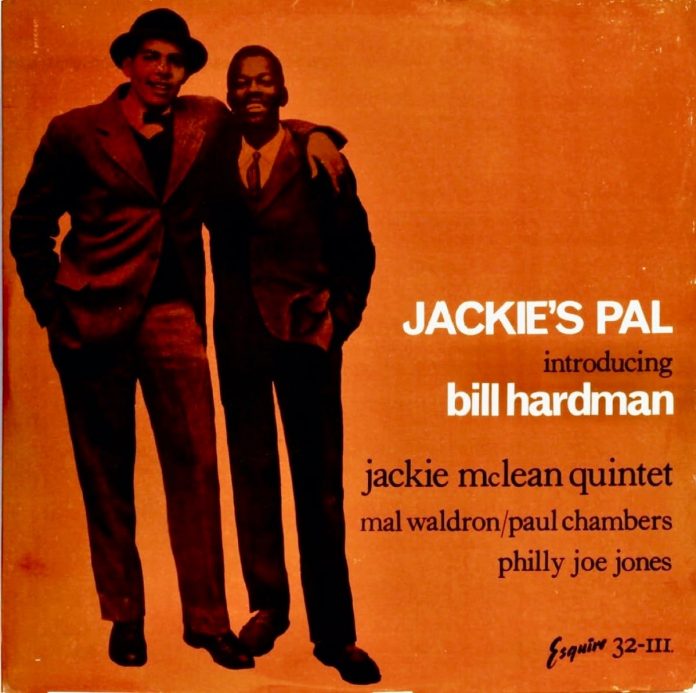 It is perhaps stating the obvious to say that for some time now McLean has been considerably more than a mere Parker copyist, and this record, made four years ago, contains some very mature playing by him.

The reason for the album title is that McLean’s front-line partner is trumpeter Bill Hardman. A friendship which be­gan when he and McLean played in Charlie Mingus’ Jazz Workshop was firmly cemented when they formed the front line of Art Blakey’s Jazz Messen­gers. This album was recorded between those two engagements.

Here, McLean is the dominant partner – at the time, Hardman was still learning, and his tech­nique leaves something to be desired. This does not always prevent him from building an impressive solo, as on “Sublues”, where his debt to Miles Davis is acknowledged.

Whilst McLean’s tone inevitably owes something to Parker, it has a coarseness which is entirely personal. It is not the forced coarseness of a Jacquet squeal, but rather like the buzziness which Hawkins imparts when he is building to the climax of a solo. His phrasing is almost entirely his own, with compellingly original twists and turns. A good example of this is on “Dee’s Dilemma”. Taken at a nice easy tempo, this tune also provides Bill Hardman with the opportunity to play one of his best solos on the record.

The rhythm section, with Philly Joe’s superb drumming, is a constant delight.