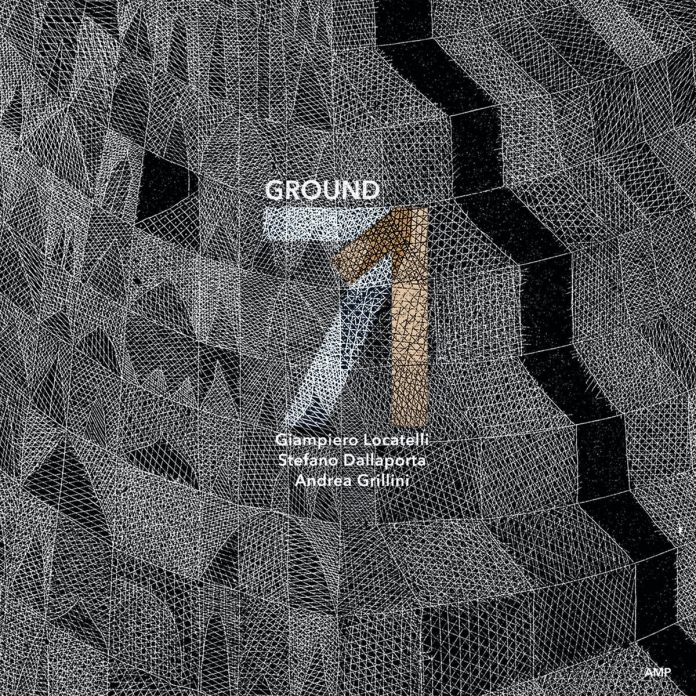 In its more prosaic sense “ground zero” often denotes a starting point for a new activity. Italian trio Ground 71 take their cues from a very narrow point in time, that fertile period of experimentation which spanned the late 60s into the 1970s. Imagine an intersection of Miles’ early forays into electric jazz and the more open-ended directions explored by Bill Evans’ trios of the period, and you’ll have a good idea of where Ground 71 are coming from.

Like so many European pianists of his generation, Locatelli (b. 1976) found his way into jazz by studying the classical piano repertoire. An interest in improvisation took root in the early noughties, and while his discography remains relatively threadbare he is nevertheless building a profile. Dallaporta, another product of the conservatory, is less equivocally rooted in jazz and blues traditions, while drummer Andrea Grillini has cemented his international reputation via performances with such notables as Ken Vandermark, David Murray and Marc Ducret.

Groundless opens up the set in suitably weightless fashion, its spare melodic theme floating in a fathomless pool of distant echoes and decaying silence. Transitioning through a tricky sequence of rhythmic unisons, the trio eventually settle into a groove and a probing passage of improvisation begins. Xydias is if anything even more rhythmically and harmonically ambiguous, and just when the piece seems to have found its meter, Grillini will disrupt its flow and send the trio off in an entirely different orbit.

Personal Highway marks the first appearance of Locatelli’s Rhodes, its sound evoking the glories of Hancock and Corea circa Filles De Kilimanjaro.The Shine And The Spin exploits the darker end of the instrument’s spectrum, while the origin story of Garden Of Haden should need little explanation. It’s a spare and lyrical ballad, with Dallaporta’s wonderfully woody bass notes truly commanding the space. One Second And A Lifetime coaxes a heated solo from Locatelli, while Lucid Dream casts his Rhodes into choppier rhythmic terrain, with Dallaporta switching to electric bass.

An uncommonly mature and engaging debut, and one in which compositional structures and instrumental hierarchies freely mutate and often produce the unexpected. They’re smarter than your average piano trio, and I’d love to hear more from Ground 71.

Sarah Pierce - 01 November 2021
This album is an ode to South African jazz music which has been a lifelong passion for co-leaders Tbone Paxton and RJ Spangler. It features music written by, and...