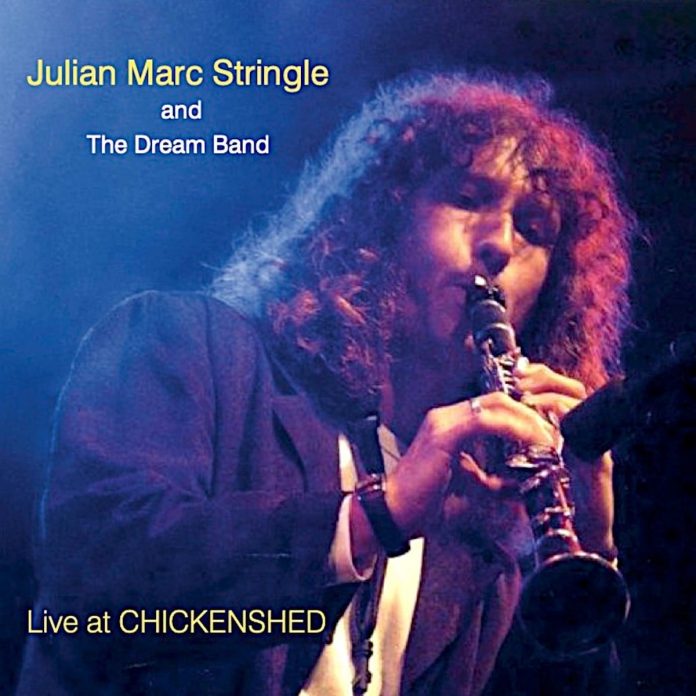 Over the years Julian has developed into a clarinettist deserving worldwide recognition, as confirmed in his duet recordings with Ken Peplowski. With work currently suspended on a follow on volume to Julian’s impressive and ambitious It’s Clazzical album, here’s a substituted release from pre-lockdown days. It features him with his Dream Band live at the Chickenshed Theatre.

In the opening After You’ve Gone, his spectacular, freewheeling unaccompanied solo passages show impeccable technique, a ready flow of ideas and urgently, swinging rhythmic drive. Moving onto a more contemporary blend of styles, and with a high all-round level of musicianship, the Dream Band  then work through a well-prepared programme with some interesting arrangements which leave plenty of room for the capable soloists to stretch out.

Updated interpretations of standards rub shoulders with group originals. Three are by pianist Neil Angilley. In his exotic and attractive ballad Pequenita, Angilley created passages which reminded me of Monty Alexander. Dominic Ashworth is also strong in support, impressing in the all-round share-out of solos in Sweet Georgia Brown. Vocalist Jacqui Hicks sings expressively in a few tracks, scatting in vintage Sarah Vaughan style in a brightly paced Falling In Love With Love.

Julian aims to boost the role of the clarinet in wide-ranging, creative, contemporary-style settings, in which the reeds are usually saxes. His interests take in a broad sweep of musical influences, including classical and Latin American, developing in scope from his earlier roots in Dixieland and swing. This interesting and enjoyable album helps the listener to appreciate his ambitions and how well equipped he is to pursue them.

Betsy Bell - 13 August 2021
Dara Tucker’s new album features 11 covers of some carefully chosen tracks that, as she says, refer “to the hope that our society will develop an awareness of the...