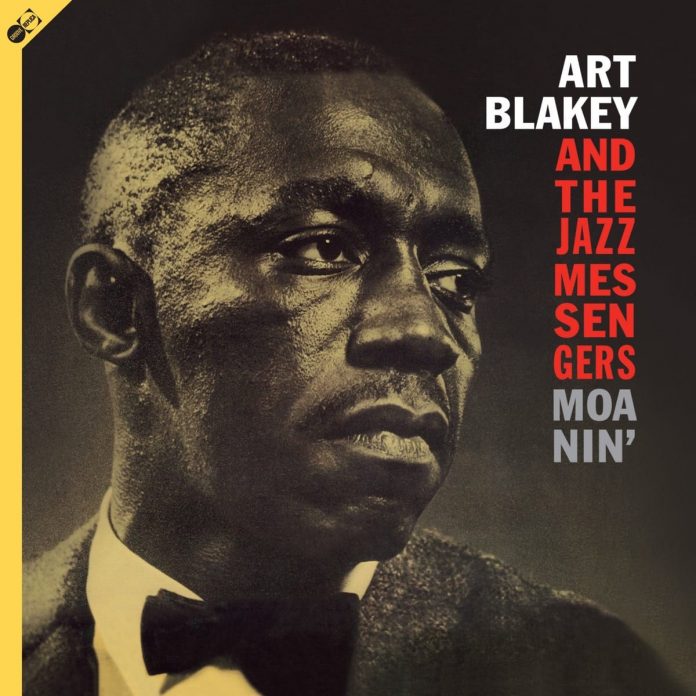 The enduring appeal of this album has seen a regular flow of reissues over the years because it represents the very best of the Jazz Messengers’ recorded output. A year ago I reviewed what was then the latest incarnation of Moanin’ on Jazz Images 38101. Being a double CD, it included a lot of extra material: seven tracks from their concerts at the Olympia in Paris; two titles from the club St. Germaine and 18 performances from the Des Femmes Disparaissent film score.

When I asked to review this latest offering I hoped that it might include some material from the group’s concerts in Holland and Switzerland. There are also 10 more tracks from their St. Germaine engagement available, one of which features Kenny Clarke. Groove Replica has included only four bonus tracks recorded in Paris which are available on Jazz Images.

This was such a short-lived edition of the group because Benny Golson was only with Art Blakey for six months before he left in March 1959 when Hank Mobley took over. In that time he overhauled the repertoire adding Are You Real?, Along Came Betty, Drum Thunder Suite, Blues March, I Remember Clifford and Whisper Not to the book. Along with Tadd Dameron, Horace Silver, Monk and Mingus he was one of the pre-eminent composers of the post-war jazz scene.

The precociously talented Lee Morgan, only 20 at the time of this date, remained with the Messengers off and on until 1965. After his huge 1963 Sidewinder hit the group was billed as Art Blakey’s Jazz Messengers featuring Lee Morgan. Readers are directed to my 2019 review for a more detailed appraisal of Moanin’.

John White - 19 June 2021
Brubeckians will rejoice at the appearance of a previously unreleased performance at George Wein’s Midwest Jazz Festival in the intriguingly named French Lick, Indiana in 1958. Given that it...