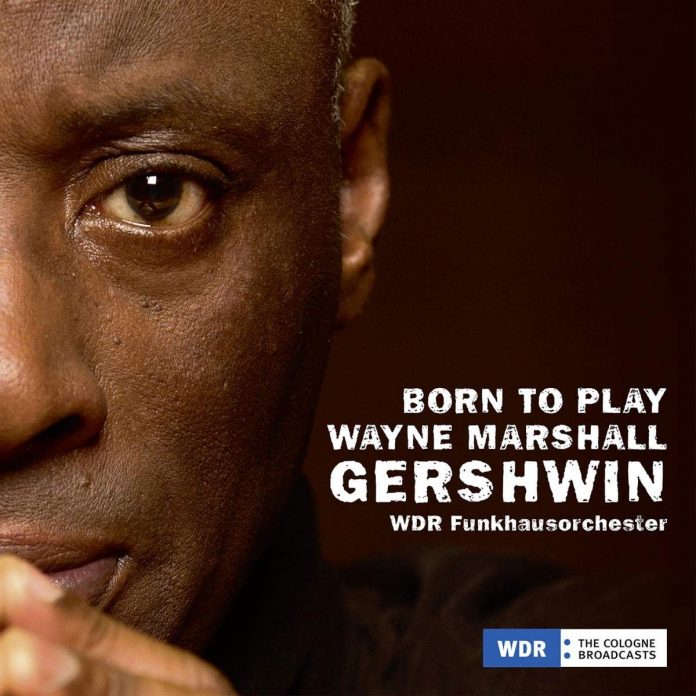 There’s a difference between a jazz record and a jazzy record. This is a jazzy record. Even so, the jazziness is not always as jazzy as it might be. Music by George Gershwin takes up almost two-thirds of the space and much of the rest is Latin-American of the kind that’s provided jazz musicians with colourful and often incendiary material.

The combination makes for an odd mixture, as if the urbanity of an all-Gershwin party were being gate-crashed by a Rio carnival procession, but a procession that’s come to the end of a long day in which most of its frolics have fizzled out.

The interest finally settles on Paquito D’Rivera, whose Brazilian Fantasy of tunes by Jobim, do Bandolim and Pixinguinha/Lacerda has him embroidering up front alongside the saxophone of Andy Miles, in an arrangement by Daniel Freiberg. Then there’s his orchestral narrative The Elephant And The Clown, a terrific piece whose onomatopoeia and syncopation find the Funkhaus band at its most coolly virtuosic.

Marshall, the orchestra’s conductor, directs all this with assurance, seemingly happy enough with Freiberg’s tepid treatments in the Fantasy (the slow-moving bass in the perkier Um A Zero a lost opportunity for getting a move on). The Gershwin show overtures to Strike Up The Band, Girl Crazy and Of Thee I Sing would have been better if each tune in the litany that all overtures process and embrace could have been heralded with more enthusiasm, or a switch of emotional charge.

For Gershwin’s Rhapsody No.2 and Rhapsody In Blue, Marshall the pianist plays with bull’s-eye accuracy if also with some over-refinement. Gershwinites will enjoy the Blue’s piano-extemporised feel, sanctioned by use of the 1924 arrangement made by Ferde Grofé for the Paul Whiteman orchestra. Compare Whiteman’s grafted-on strings with the Germans’ velvety ones; in fact, compare Whiteman’s Rhapsody In Blue with any number of interpretations by proper symphony orchestras, of which the WDRFunkhausorchester under Marshall is a particularly versatile example.

Derek Ansell - 28 June 2021
Abbey is certainly blue here. Most of these songs depict sorrow or sadness of one form or another. It's not bleak or too melancholy though, as her approach and...