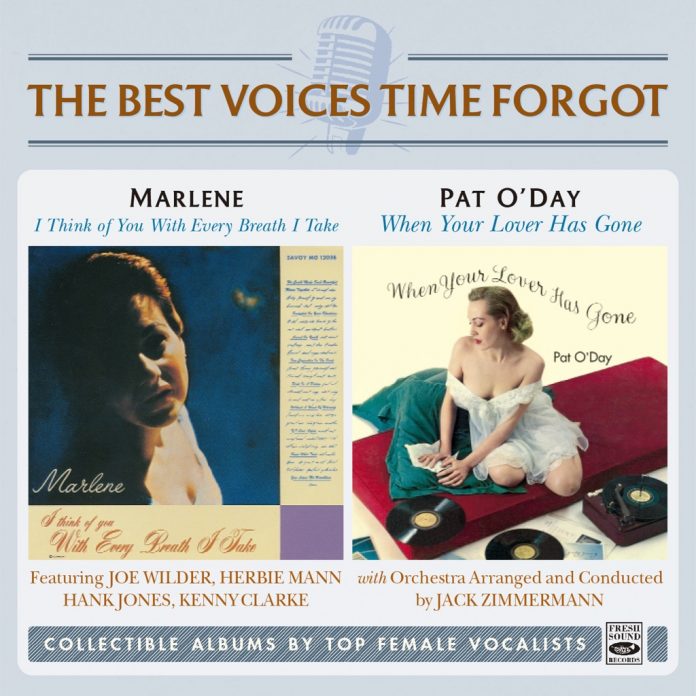 While Marlene might have pre-dated Beyoncé by decades in the single name stakes, she put a stop to it in the year she recorded this album, married Billy Ver Planck, and took his name professionally, in that order. Twenty-two years old at the time, she belies her years with an approach to song far in advance of them, yet retains a youthful vigour if she feels the lyric asks for it.

While Fresh Sound might be stretching their own definition a little given that her voice has hardly been forgotten by those in the know, this early effort finds her avoiding the obvious and giving some exposure to some lesser-known lyrics. Deep In A Dream is a highlight for the way the singer wrings nuances out of the lyric and Joe Wilder provides an object lesson in how to make a little resonate a lot. Indeed the performance overall, with the recessed trumpet sound likely to make digital purists rage, is a brief soundtrack for a forgotten, less fraught world in itself, a point underlined by Hank Jones’s deft brilliance.

Pat O’Day was a 21 when she recorded her first record in 1953,  but as things turned out she was destined to make just this one LP three years later. In a sense she took a risk in populating the album largely with standards, but that risk is eliminated by her richness of interpretation. Miss You documents how she could get inside a lyric, and the simple sincerity of her approach again soundtracks a world now lost.

Jack Zimmermann’s arrangements can be a little cloying, as on I Guess I’ll Have To Change My Plans, but O’Day’s straightforward approach to the lyric elevates the overall performance. Music Maestro Please shows us the other side of the Zimmermann coin, so to speak, with an arrangement which extracts a wide palette of tonal colours to cushion O’Day’s variedly nuanced take on the lyric.

Gordon Jack - 05 January 2020
This material was recorded at the conclusion of a three-week tour which allowed the quintet to become thoroughly familiar not only with the repertoire, but also with each other. Pepper...