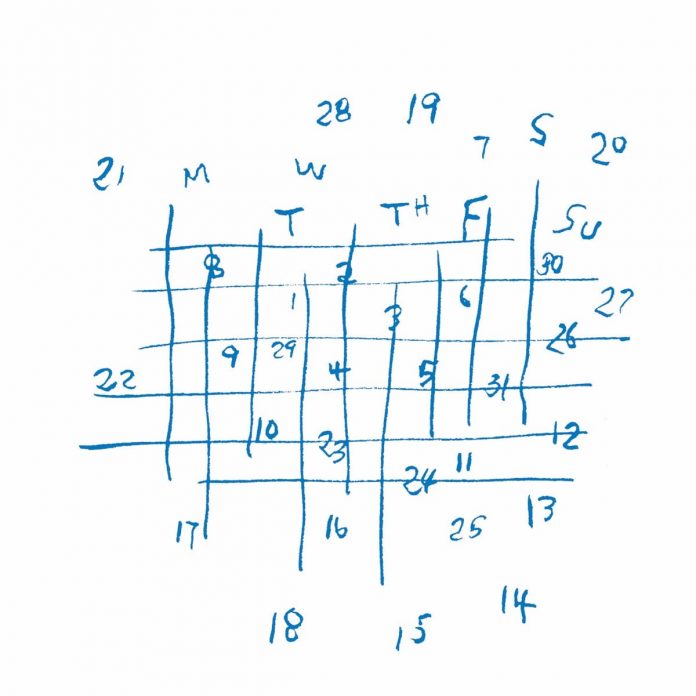 The trio will need no introduction to fans of improvisation, but for the record: as well as heading his own critically acclaimed groups Eucalyptus and the Brodie West Quintet, the alto sax player has also collaborated with The Ex, Ethiopian sax legend Gétatchèw Mèkurya, Dutch drummer Han Bennink  and Toronto bent-jazz outfit Drumheller.

Cartwright, as well as working with Brodie on some of the above endeavours, has also been heard with the Canadian Lightman sisters’ Tasseomancy and indie poppers Snowblink. Toldam fronts his own eponymous trio as well as being a member of Stork and Paris Peacock. He has also worked with Bennink and is the proud owner of four Danish Jazz Grammys.

The works here range between wildly improvisational and semi-structured composition, but all defy generic definition. For example, the opening Fame is slow, hesitant and halting, while the plodding, steady Love is more organised, placing deep resonant drum hits behind minimal piano action and some high sax notes towards the close.

The scratchy Money (the first of three) features a boisterous interplay between West and Cartwright with light keyboard touches holding their own in between, a theme that is continued in Money II, with left-channel sax and right-channel piano fighting as Cartwright maintains a furious mix of rhythm and frantic rolls; and Money III, with its high-pitched, pained, almost pleading saxophone runs.

Passion takes the tempo down a bit to the slow, pensive pace of earlier selections, with sax and piano offering a more relaxed approach over subtle drum and cymbal accompaniment. The closing Health starts off funereally hesitant, but runs the gamut of emotions in its nearly 14-minute runtime, dropping in some more recognisable melodic forms later on.

While Fortunes is a splendid example of exploration, improvisation and some composition, a little more organised rhythm and recognised melody would make it more accessible to wider audiences. However, this is to miss the point somewhat: what it really represents is a mysterious, minimalist event which finds its three already distinguished purveyors at the top of their form. And this will be appreciated by those who luxuriate in sparse, soul-expanding musical landscapes.

Snarky Puppy’s meteoric rise to international acclaim has been hard to miss. In 2014 they released We Like It Here, with tracks Lingus and...

The consummate and ubiquitous bassist George Mraz died on 16 September, reportedly in Prague. He was 77. His death, possibly from pancreatic cancer, was...

Blogger, biographer, museum archivist and lecturer Ricky Riccardi embodies the American Dream. His dream? To study, to preserve, and to present the legacy of...

"This is a man's, man's, man's world" proclaimed the godfather of soul, James Brown, whilst rarely ever acknowledging that this renowned anthem was co-written...

The Eternal Triangle is a follow up to the well received Double Take recorded in 1985. Hubbard, now long distanced from purely commercial considerations,...

"...a mysterious, minimalist event which finds its three already distinguished purveyors at the top of their form. And this will be appreciated by those who luxuriate in sparse, soul-expanding musical landscapes"Jeremy IsaacWays + Toldam: Fortunes
Advertisement