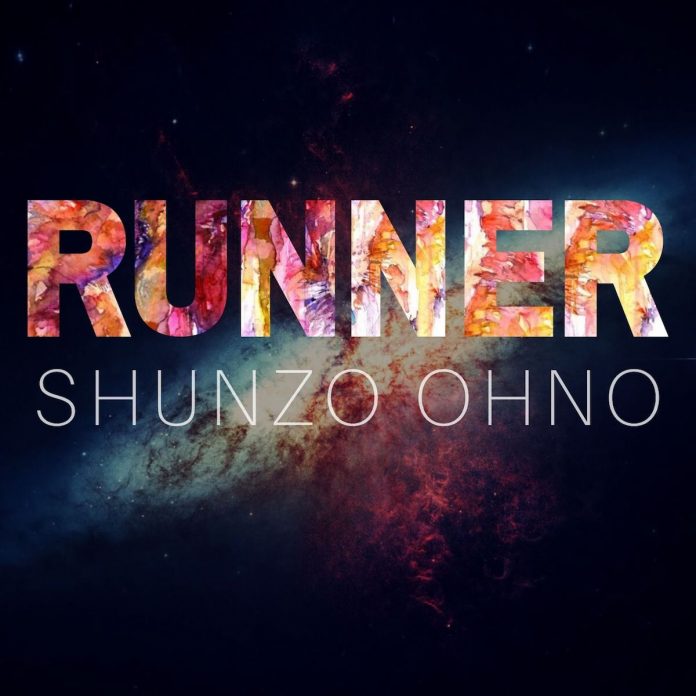 This is trumpeter Shunzo Ohno’s 18th studio album, a mixture of digital and acoustic instrumentation that demonstrates his prowess as a composer and arranger as well as a performing musician. Ohno has worked with many of modern jazz’s biggest names, including Art Blakey, Wayne Shorter and Herbie Hancock, and his latest album is the culmination of a lifetime of playing and composing; the result is a varied and refined release.

The opening four-part suite, Epic, was composed by Ohno, although he only features on the final part, Heroic Dance. The suite opens with a string and brass arrangement, that creates a strange and dissonant atmosphere through unusual harmony and rhythm. The third part, Galaxy Bonds, features Aska Elias and Sasha Ono on clarinet and cello respectively, and they add a distinct melodic direction over the arrangement through moments of contrast and unison. On the final part, Heroic Dance (which, as the name portends, opens with a fanfare and proceeds with military style drums), Ohno is finally introduced, improvising as the rhythm shifts into a driving, repetitive groove.

The style changes for the second track, Moon Over The Castle. The computerised instrumentation remains but there’s with a more ballad-style melody from Ohno, and the introduction of sparse drums and piano leading the chord progression.

The final track, Runner, is in a much more contemporary style, certainly reminiscent of 80s jazz fusion, with the addition of ambient synth pads. Thierry Arpino provides crisp drums, while Vic Juris on guitar and Dave Anderson on bass play a jazz-funk accompaniment to Ohno’s melody. The piece then switches back to reverb-heavy synths, and the track continues to cut back and forth between the two.

This album is for fans of the more experimental: while jazz is the main ingredient, there is much stylistic variety. Overall, it’s interesting and complex, with Ohno’s trumpet being the constant that unifies the variety of music within.