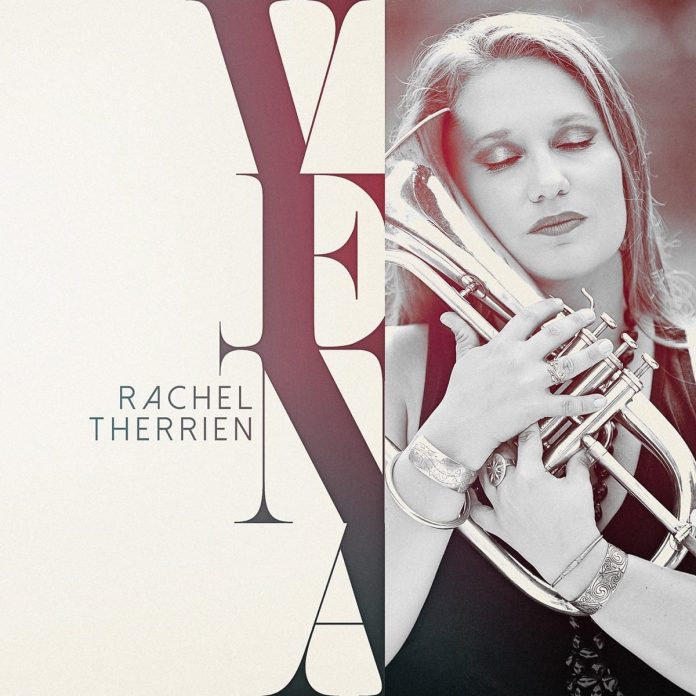 A collection of 15 original compositions, Vena is trumpeter and flugelhornist Rachel Therrien’s fifth album. It’s is a remarkable creative exercise but also has deep personal meaning for Therrien. She says that each composition conveys an intimate message about her personal life.

This album begins with a short extract titled Folks Jam that lasts only 52 seconds. It seems to be a fragment of fun between the organ and horn, a perfect entrance into Vena. Therrien isn’t shy of including short extracts: later on we hear an angular duet with drummer Wiening called Women lasting, again, just shy of a minute.

Based in New York but born in Quebec, Therrien has lined up an impressive all-European rhythm section featuring saxophonist Irving Acao on tracks seven and 11. Both tracks have worthy contributions from Acao. His rounded and mellow tone is an excellent addition to the quartet.

Vena rounds off neatly, returning to organ and horn in the final piece named Folks Tune, which later on includes the rest of the band.

The album as a whole is expressive, spacious and, to me, aesthetically pleasing. The CD is beautifully presented too: the colours and artwork are of high quality and would complement any collection.

Peter Gamble - 22 May 2022
Despite his degree of commercial success Curtis Stigers has always been and remains a jazz man at heart as indicated by the majority of his albums. This latest release...