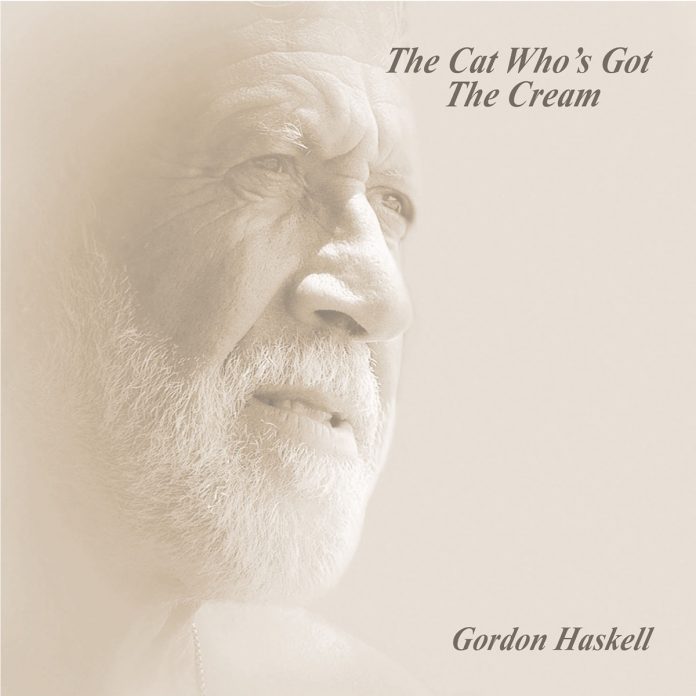 How many people can boast having recorded on not one but two King Crimson albums? Gordon Haskell can and made his debut with the band on In The Wake Of Poseidon (Island, 1970) singing on the timeless Cadence And Cascade and playing bass and singing most of the vocals on Lizard (Island, 1970). He’d already been a member of local Wimborne band The League of Gentlemen (with his old school friend Robert Fripp) and later played bass with pop-psych band The Fleur de Lys.

Cadence eventually came to haunt him but he was determined to carve out his own career notwithstanding that long Crimson shadow. To a great extent Haskell has achieved his ambition. He even scored a hit with the single How Wonderful You Are (Flying Sparks, 2001) which peaked at number 2 in the UK singles chart.

With a dozen studio albums already under his belt since 1969, Haskell’s latest album is the follow-up to One Day Soon (Fullfill Records, 2010) after a decade’s recording hiatus. There are some memorable songs on this album including a reprised version of How Wonderful You Are which includes a beguiling flugelhorn solo from Guy Barker. Notably, Haskell wrote all of the numbers except one, the Harry Warren and Johnny Mercer standard Jeepers Creepers, which is given a relaxed andante treatment.

Mostly these 10 songs are well arranged and jazzy although It’s Me And You And Them And Us is more like a novelty pop song, albeit catchily memorable and Still Trying To Figure It Out is unequivocal country and western, but good. Haskell has matured into a fine singer with a distinctive mellow voice who delivers his songs confidently and with an easy-going jazz-infused style that’s typified by the sumptuous title track.

Find out more and buy Gordon Haskell: The Cat Who’s Got The Cream at gordonhaskell.com

Pericopes began life in Italy in 2007 as a duo of saxophonist Emi Vernizzi and pianist Alex Sgobbio. The addition of New York-based drummer...

Bill Harris was born in Philadelphia on 28 October 1918, learning to play trumpet, tenor saxophone and piano before he eventually gave them all...

In October, Betty Bennett celebrated her 98th birthday and is now beset with financial difficulties. A spirited and stylish singer, she sang with swing...

This selection sent me back at once to the "Blue Harriott" EP which came out at the beginning of the year. A much more...

"Haskell has matured into a fine singer with a distinctive mellow voice who delivers his songs confidently and with an easy-going jazz-infused style"Roger FarbeyGordon Haskell: The Cat Who’s Got The Cream
Advertisement