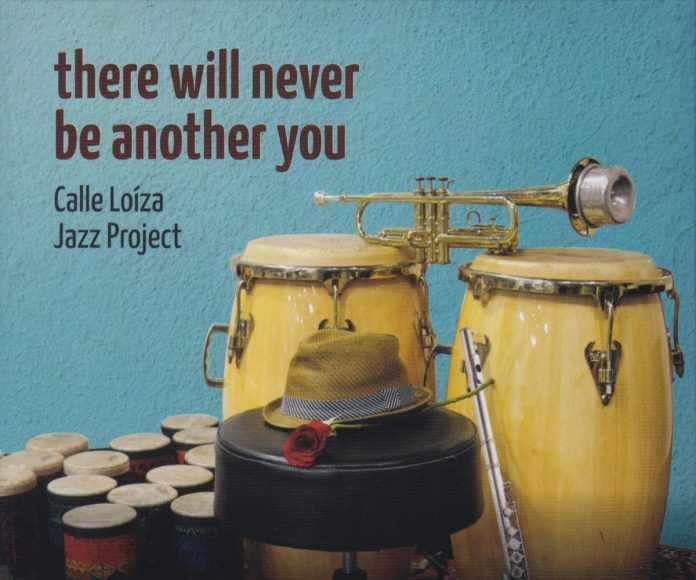 It was back in 1990 when Mark Monts de Oca and Jimmy Rivera assembled a quartet together at the Apple Jazz Club located on Calle Loíza in Santurce, Puerto Rico, with Tony Batista and Andrew Avelino. The group achieved great success becoming widely renowned in Puerto Rico and notably performed at the Heineken Jazz Festival in 1993. Thirty years on and the ensemble have reconvened with additional woodwinds including trumpets and flute with extensive percussion.

What played a considerable factor in this group’s coming together was Mini’s, a jazz club that started in the late 1970s on Calle Loíza. It was the primary standing ground for jazz musicians including drummer Rivera to experience jam sessions and develop musical understanding.

There Will Never Be Another You features eight jazz standards in honour of Puerto Rican figures such as trumpeter Juancito Torres and Mongo Santamaría. In addition to paying tribute to notable local inspirations, this album revamps standards using typical Puerto Rican rhythm, creating versions that are commendable for their invention and exhilaration.

Miles Davis is advertised strongly in this release, noted for Seven Steps To Heaven alongside Victor Feldman; it’s transformed into a Latin groove brimming with energy on top of a Davis-inspired version of Someday My Prince Will Come which I was impressed to see credited correctly to Churchill and Morey.

The notable Willard Robison composition, Old Folks, is reconstructed into a tranquil bolero whilst Dave Brubeck’s In Your Own Sweet Way carries heavy Brazilian percussion.

No Latin jazz fanatic needs to know the history of this group to appreciate what they present on There Will Never Be Another You. However, for jazz devotees that don’t often venture into Latin jazz this album is a perfect crossover, showcasing acknowledged standards with Latin flair. It’s great to see and hear that jazz is alive and well in Puerto Rico.

The follow-up, companion volume to Johänntgen's excellent Henry, recorded in 2016 in New Orleans, Henry II was recorded in Zurich but loses not a...

During a recital at the Three Choirs Festival, I became increasingly annoyed by members of the audience who insisted on rising every 10 minutes...

The music of Ornette Coleman has produced some of the most violent reac­tions, both for and against, seen on the jazz scene in some...

"In addition to paying tribute to notable local inspirations, this album revamps standards using typical Puerto Rican rhythm, creating versions that are commendable for their invention and exhilaration"Thomas FletcherCalle Loíza Jazz Project: There Will Never Be Another You
Advertisement