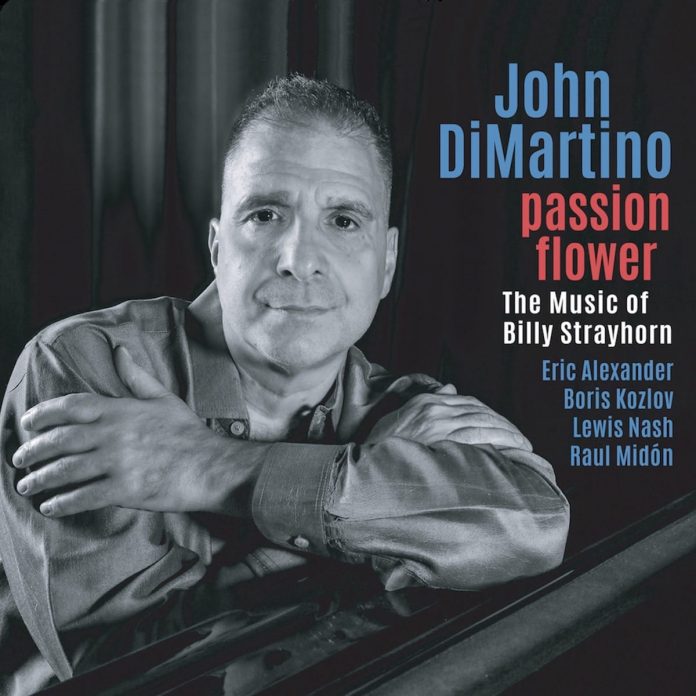 It’s tricky. “The music of”, when followed by the name of a well-known jazz composer, raises certain expectations. It doesn’t just mean “some tunes by”, which is the case when it refers to the average songwriter. You expect something of the personality, the unique spirit of the composer in question to survive in the new version.

Things get even trickier when, as is the case with Billy Strayhorn, the composer has been dead for more than half a century. Do you attempt to create a new version “in-period”, or in a contemporary idiom? Pianist John Di Martino has chosen the latter and largely succeeded. His own piano style is light, fluent and based harmonically on the style of Bill Evans.

He first encountered Strayhorn’s music at age 15 and has had a particular fondness for it ever since. Leading an excellent quartet, he’s not afraid of recasting pieces; Daydream, for instance, becomes a waltz and Absinthe acquires a Latin beat, but it’s subtle and there’s a knowing wink behind it.

There’s also one laugh-out-loud joke. Perhaps wondering what he could possibly so with Take The A Train, Di Martino makes it solos all round, with the famous melody appearing at the end as eight breakneck bars, followed by what sounds like a train crash. At the other extreme, the album’s single vocal is Lush Life (allegedly the most difficult item in the Great American Songbook), beautifully sung by Raul Midón.

The band swings effortlessly throughout. Eric Alexander is, as usual purposeful without a hint of bravado, and Lewis Nash shares exactly the same quality. This is the first I have heard of Boris Kozlov, but I’m sure we shall hear a lot more of him before long – such firmness, such depth of tone!

And, yes, the ghost of Sweet Pea does flicker into view occasionally, particularly in Chelsea Bridge and Di Martino’s closing solo version of Lotus Blossom.

Find out more about John DiMartino: Passion Flower – The Music Of Billy Strayhorn at johndimartino.com.

I’ve been negative to the point of harsh about another of Christoph Gallio’s recent projects (Road Works’ Glassware) so this was approached not so...

As he took the alto solo Johnny Hodges's eyes swept the auditorium like beams from a lighthouse. The audience didn't know he was counting. "Eleven,"...

Funk, funky, and funkiness are terms employed so glibly when enumerating and evaluating the elements that have enriched jazz that it's worth calling on...

Stan Getz has achieved the rare feat of keeping up to date while remain­ing true to himself. The numbers on this album are undeniably contemporary...