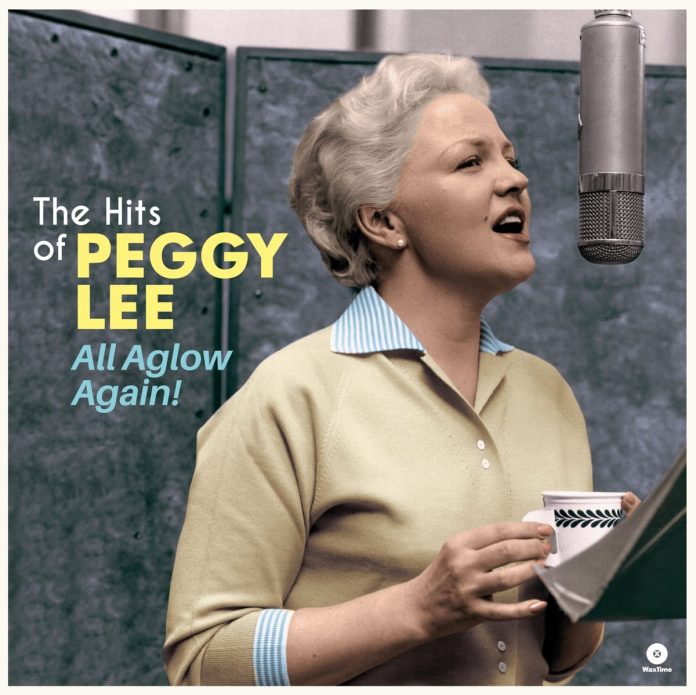 The original All Aglow Again was released in 1960, a canny mixture of Peggy Lee’s then-recent hits, starting with the biggest of all, Fever (1958), and reaching back as far as Mañana (1947). The intention was to establish her in the public mind as not just a popular singer, but – to quote the original LP sleeve – “among the greatest of the greats”. To this end, that sleeve also trails five albums from her back catalogue. The compilation certainly sold well over quite a long period.

No two people will ever agree on the choice of a dozen numbers from the Capitol recordings of Peggy Lee, but this one’s pretty good: Whee Baby, You Don’t Know, You Deserve, and the immortal Louisville Lou (with no more conscience than a snake has hips). The one the original album shouldn’t have missed is The Folks Who Live On The Hill, so it’s good to have it picked up this time.

Most of the eight additional tracks, however, weren’t available to Capitol in 1960, either because they belonged to another label (Decca), or are post-1960 recordings. I think they could have done better than LaLaLu if they wanted something from Lady And The Tramp (why not those Siamese cats?), but Sugar (from Pete Kelly’s Blues) is terrific.

Content aside, how does the new LP compare with the old? Firstly, there’s absolutely no surface noise at all, and the resonance of Shelly Manne’s drums on Fever is something to marvel at. But when I compared them, I was surprised to find that the overall sound coming from a well-worn copy of the original disc was louder, and the voice a bit clearer, especially on sibilants. Could crowding 20 tracks into the space of 12 have something to do with this?

Thomas Fletcher - 25 May 2020
Born in Morocco, Albare (Albert Dadon) grew up in both Israel and France, some fair distance away from the bossa motherland. He now lives in Melbourne as a successful...