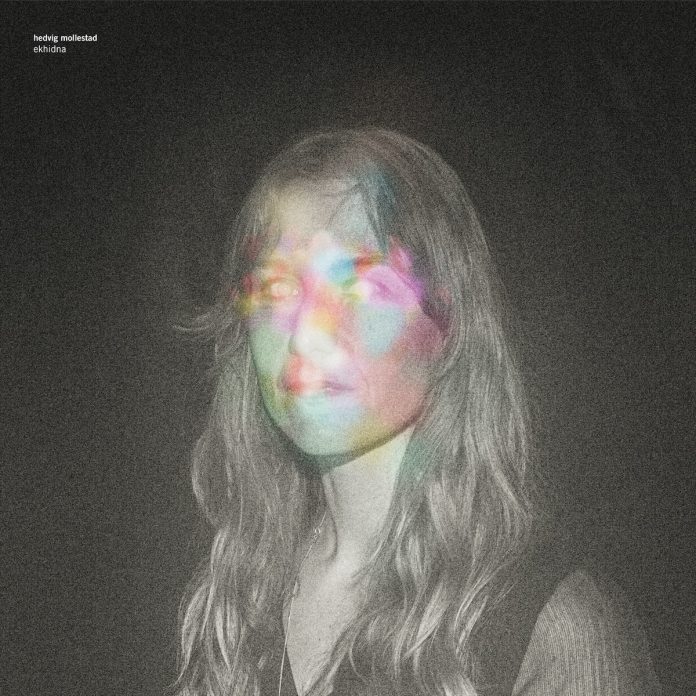 Norwegian heavy-metal jazz guitarist Hedvig Mollestad has doubled the ante, literally, by increasing her usual trio by a hundred percent to a taut, energy-packed sextet. Her new album Ekhidna takes its name from the half-woman, half-snake creature of Greek mythology, rather appropriately since the album comprises half female and half male musicians

The session is the direct result of Mollestad receiving a commission from the long-established Vossajazz annual festival based in Voss, Norway and is the successor to her previous, highly rated trio album Smells Funny (Rune, 2018).

The deceptively restrained short opener No Friends But The Mountains gives way to the riff-heavy A Stone’s Throw, which although nearer to Mollestad’s usual oeuvre betrays the added difference of an extended line-up notably featuring the lithe trumpet of Susana Santos Silva. In a temporary gear change there’s also some luscious glissando guitar around two minutes in that recalls Dave Gilmour’s soloing on Pink Floyd’s Dark Side Of The Moon (Harvest, 1973) but all the more intriguing for that; this distinctive, albeit deceptive lull in proceedings precedes the ensuing mêlée in the track’s final three minutes.

Before the Hendrixian, serpentine coruscation of the album’s title track, there’s a three-minute, quietly mesmeric interregnum appropriately named Slightly Lighter. But it’s the slow burn of the closer One Leaf Left that acts as the stereotypical talisman of the record, displaying in turn both Mollestad’s sensitivity and sheer heft.

If you are searching for an album of pure jazz metal and shimmering compositions, look no further. This guitarist is touched by genius.

This is the second excellent album of contemporary Serbian jazz I've had the pleasure of reviewing recently – the other being the duo V...

The great years of the Gerry Mulligan Concert Band were from 1960-62 - quite a short period for an inspired band that figures large...

Lionel Hampton, encouraged by his formidable wife Gladys, had a reputation of being less than generous with salaries but the lure of a 1953...

I suppose that characteristics like the voluptu­ous and beautiful qualities of Stan Getz's play­ing and the electrifying bustle of Coleman Hawkins shepherd the general...

Hedvig Mollestad: Ekhidna"If you are searching for an album of pure jazz metal and shimmering compositions, look no further. This guitarist is touched by genius"
Advertisement