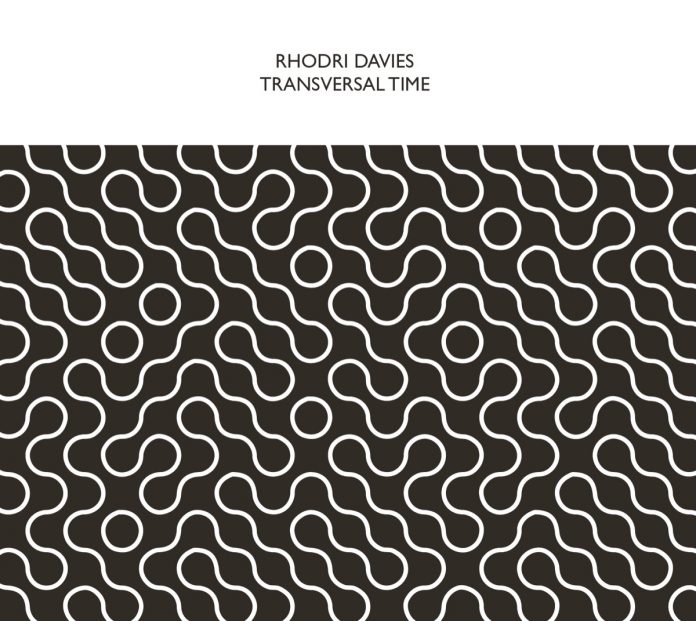 This is a live performance of a piece composed by Davies in 2017 in response to a commission by the Huddersfield Contemporary Music Festival, Chapter (the Cardiff arts centre where this CD was recorded) and the Glasgow-based music festival Counterflows.

Davies provides each musician with their own time scheme, which they follow with the help of flashing light signals. Some use standard time, some use decimal time, an ancient Chinese system based on 100 seconds to a minute, 100 minutes to an hour and 10 hours in a day, briefly adopted in France before the revolution. Others use hexadecimal time, based on 16, which apparently was also once used in China. China’s influence is also present via In Praise Of Blandness, a book by French academic and philosopher Francois Jullien, which Davies was reading when composing Transversal Time.

For “blandness” read “subtlety”. There is nothing bland about this work, but it is subtle, echoing the ancient East Asian traditions that valued small yet richly expressive gestures and quiet, sometimes barely perceptible events, reflected here in the gradual unfolding of sounds, transitions, interactions and general restrained finesse.

Being mathematically-challenged I can’t claim that I followed how the time systems work (maybe a DVD with the flashing lights would help) but I found the piece no less absorbing for that.

The combination of systems creates the effect of a suspension of time (both in the sense of rhythm/tempo and of duration) or our perception of it: there are passages where the music creates a sense of a perpetual present. The overall pace is slow and measured but individual details and events can be fleeting and surprising, modifying the music without derailing its overall mood and progress.

For me there were (desperately resorting to visual parallels) episodes that evoked clouds forming and reforming, the skittering of something small seen from the corner of the eye, the swell of a calm sea before the waves break or maybe the breathing of some mysterious creature.

You may visualise none of these nor, I am sure, did the composer or the other musicians, but there is an undoubted organic quality to the piece. You can lay back and let it wash over you or focus on the details of sounds and processes: either way this performance will repay you for your time.

Sara Colman: Ink On A Pin – A Celebration Of Joni Mitchell

Albums that either encourage or enhance reflection are few and far between these days, but this isn't the only reason why this one stands...

Mention last time of my jazz-book discovery in Appleby (The Penguin Guide to Jazz on CD, by Cook & Morton, awaiting liberation from The...

Tirelessly researched and seemingly aimed at scholarly types and the academic end of the drumming community (though musos in general will find much of...

Pianists are more open to criticism than most jazz soloists, and I consider that Thelonious has, in his time, had his full share, ranging...

"You can lay back and let it wash over you or focus on the details of sounds and processes: either way this performance will repay you for your time"Barry WitherdenRhodri Davies: Transversal Time
Advertisement