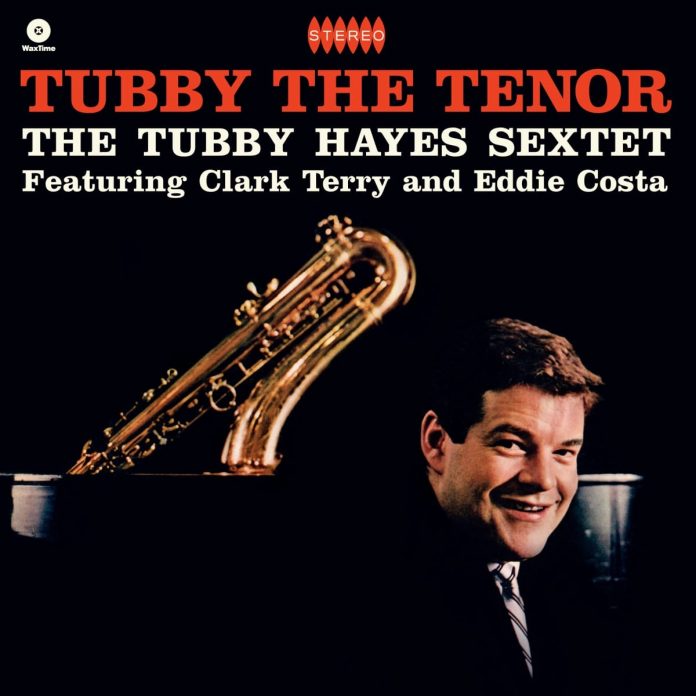 1961 was a ground-breaking year for Tubby Hayes. He had just signed for the Fontana label and his debut album Tubbs (Acrobat CD4389) had been received with critical acclaim by the music press. His manager Pete King was negotiating with the BBC for Hayes’s own television series and during the summer that year he was working on the film All Night Long with Dave Brubeck and Charles Mingus.

King also managed to arrange a deal with the AFM and the British MU for Tubby to appear at New York’s Half Note – “The hippest place in town” – where he performed with Walter Bishop Jnr., Julian Euells and Wilbert Hogan in late September. Accompanied by a top local rhythm section with guest appearances by Eddie Costa (who died the following year) and Clark Terry this session represents the first occasion he had recorded as a leader outside the UK.

He is centre-stage throughout You And Me, which opens with his stunning unaccompanied eight-bar introduction before he is off and running through four choruses of seemingly endless creativity. Last year a JJ reviewer suggested A Pint Of Bitter was a blues but despite its funky overtones it’s actually based on that old warhorse You’re Driving Me Crazy from 1931.

The cute Doxy’s provenance is of an even earlier vintage – the 1919 Ja-Da. The fast Opus Ocean is a Rhythm chart, climaxing with a series of sparkling exchanges from the horns. The lightly swinging Soon is a perfect vehicle for the more lyrical side of Tubby’s musicality.

A few years ago Dave Bailey, the drummer here, told me what it was like performing with the tenor man: “I was shocked at how good he was. I think he was the very best of the non-American jazz musicians and that is an opinion shared particularly by Afro-American players.” This vinyl reissue has two bonus tracks not included on the first release.

Nigel Jarrett - 20 August 2019
As lost decades go, the 1970s were a cringing vestige of the 1960s, remembered for more inventive but less commercial developments in popular music. Pop became rock, a stretchable...