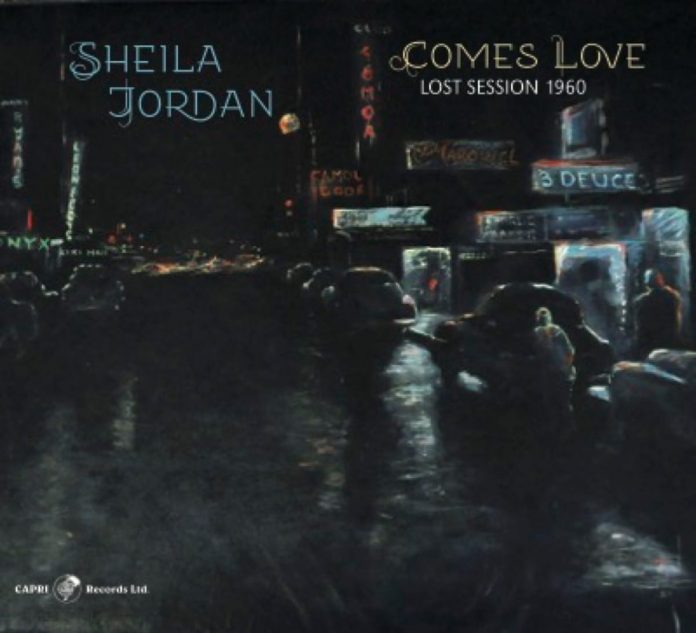 In recent decades Jordan has deservedly garnered various awards and honours but remains relatively unknown compared with the likes of Ella Fitzgerald, Sarah Vaughan and her heroine, Billie Holiday. She was a close friend of Charlie Parker who, along with Dizzy Gillespie, admired her work and would have agreed with the view that she is a fine musician who just happens to play voice.

Her birth surname was Dawson but she married Parker’s pianist, Duke Jordan, and has kept that name. From an early age she was victimised for associating with black people. Her music has not always been properly appreciated or valued, but she has stuck to her chosen path and never compromised for the sake of commercial success. Her distinctions include being heckled by the Kray Twins when she appeared at Ronnie Scott’s in 1966. Now in her 90s she is still performing.

Until recently her earliest known recording was a 1961 session with British bassist Peter Ind, whom she met when they were both studying with Lennie Tristano. One track, Yesterdays, was released on Looking Out on Ind’s Wave label and gave notice of a special talent. In August 1962 she gave a remarkable reading of You Are My Sunshine on George Russell’s The Outer View and, that autumn, made Portrait Of Sheila for Blue Note, making her the first vocalist to have an album to themselves on that label.

This Comes Love session pre-dates all these but was never issued, although some test-pressings must have been made. The album would probably have been lost forever if a copy hadn’t been unearthed from a collection by a couple of dealers. The personnel I give below is speculative, based on who Jordan was working with at the Page 3 club around the time of this session. Whoever they were, they work superbly with her. Even on the more familiar songs Jordan brings something fresh.

This is far from a mere historical curiosity, easily standing alongside the classic Blue Note album. Jordan’s style was already fully formed (though of course it did evolve further in the 1970s and beyond) and her trademarks are already prominent: the slightly breathy quality on ballads, the subtle melodic paraphrases that never lose the essence of the melodies, the beautifully controlled glissandi used to especially good effect at the end of songs, her graceful swing on uptempo numbers and, above all, the feeling that a song was written especially for her and that she lives every word.

Discography
I’m The Girl; It Don’t Mean A Thing If It Ain’t Got That Swing; Ballad Of The Sad Young Men; Comes Love; Don’t Explain; Sleeping Bee; When The World Was Young; I’ll Take Romance; These Foolish Things; Glad To Be Unhappy; They Can’t Take That Away From Me (34.19)
Jordan (v); u/k trio but possibly John Knapp (p); Steve Swallow or Gene Perlman (b); Ziggy Willman (d). NYC, 10 June 1960.
Capri Records 74164-2

Dave Gelly - 28 August 2019
The Concert Jazz Band was the culmination of Gerry Mulligan's fascination with the idea of bands that were were not-quite small and not-quite big. It began in 1949-50 with...