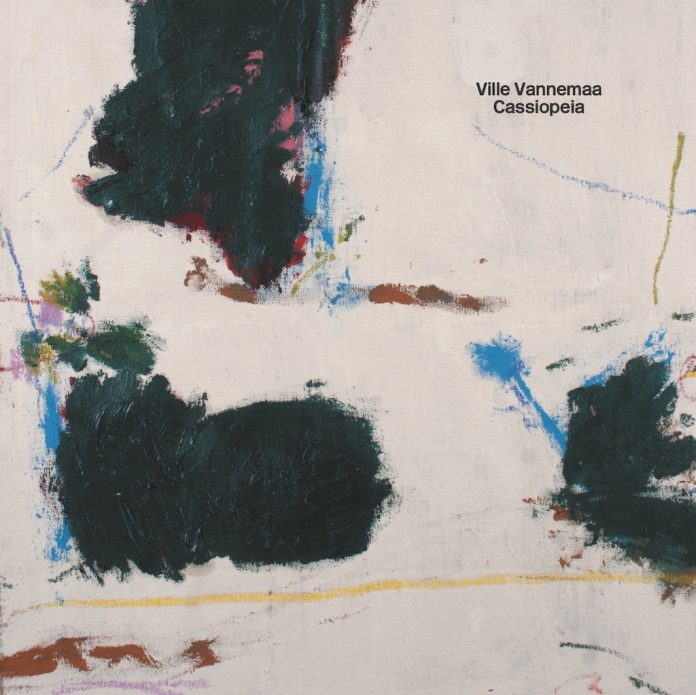 This Finnish combo plays in a bright mix of hard bop and free styles, although their music always tends towards the melodic and these tracks all possess a light swing. Leader Vannemaa plays lean tenor sax with an edge to it and has his own sound and style. He is also heard on this release on soprano and bass clarinet.

The first three tracks on the LP are described as the “Bright Side”. These are free-flowing boppish lines in which the leader’s tenor sax and Panu Savolainen’s vibes are well featured. Hyacinth is introduced by the robust trombone of Kasperi Sarikoski before vibes come front and centre. Savolainen becomes very rhapsodic on this piece before Vannemaa enters on tenor sax and takes the soporific mood up a few notches. The influence of John Coltrane is easily picked up but I think I hear traces of Lester Young in the mix, unlikely as that combination might appear. Hurry Up is a hard swinger.

The next three tracks form the “Dark Side” and have a floating, ghostly atmosphere as the musicians improvise on three moods rather than the written score. Vannemaa’s bass clarinet is rich in solo and his soprano solo work is impressive. Savolainen’s vibes solo on Keinuvalssi is warm and comprehensive and sets up the mood neatly for the leader’s spiralling soprano sax segment.

The LP comes with a CD tucked inside the cover and containing three extra tracks. Not really in either the bright or dark camp the first piece is a bouncy stop-start song which finds the tenor man on good form spinning out long lines in solo and using the full range of his instrument. Strong vibes and trombone contributions follow. The last track is another lively stop-start tune whisked along by the bass and drum duo.

There is a freshness and vitality in the tracks from these Finnish jazzmen and there seems to be an originality of concept in all the compositions. Good idea too for the punters to get an LP and a CD slipped inside. Sound on both formats is clean and clear.

Derek Ansell - 02 February 2019
Still under the influence of Flower Power and uttering such as “I play love vibrations”, Lloyd was brought in to play a Sunday afternoon at the Fillmore Auditorium in...

Mark Gilbert - 23 January 2022
What/who were your influences as a jazz improviser? I loved Oscar Peterson – still do. He was my idol as a teenager. Stan Getz also and Joe Pass. There are...