Clairdee: A Love Letter To Lena 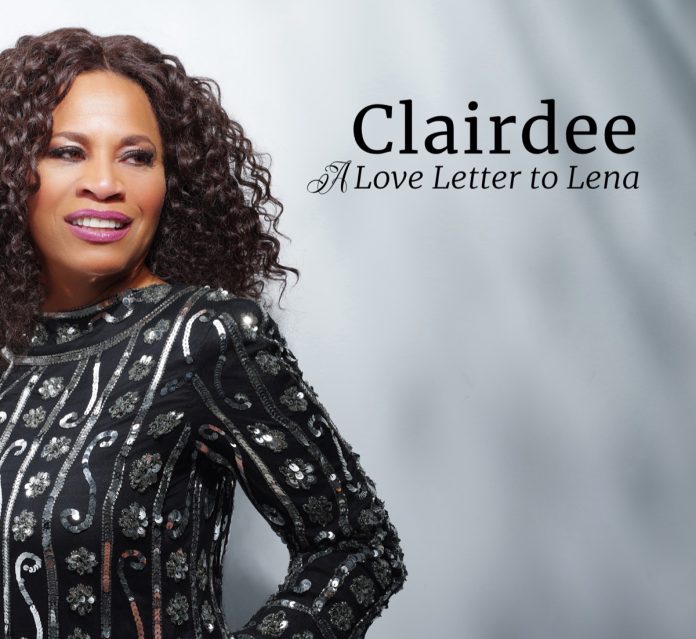 Hailing from Tucson, Clairdee is a singer with three previous albums to her credit. She is also a teacher, in which capacity she has taught vocal jazz at the University of California, Berkeley, and Diablo Valley College. Currently resident in the Bay Area, she teaches at the San Francisco Conservatory of Music and also with the San Francisco Symphony’s education department. She also sings with small groups and big bands in the Bay Area.

As is apparent from the title, this album is a tribute to Lena Horne. Interspersed among the songs are spoken passages, some drawn from Horne’s words, written and spoken in concert, others from Clairdee’s thoughts. Always relevant, these moments are brief, totalling less than five minutes.

The structure of the album follows that of Horne’s one-woman show in which she traced her career in New York and Hollywood, touching upon friendships and hardships encountered along the way. The friendships include that with Billy Strayhorn, who wrote Maybe for her. Among the hardships is her treatment when making films in which she had to appear in isolated scenes that could be cut from screenings in the Deep South and in which, anyway, she could not appear in equality with white actors.

In the early 1960s, Horne’s strength of character became apparent through her involvement with the Civil Rights movement, a period reflected here with Stand Up, written for Clairdee by Marcus McLaurine and Keva Singletary Youngblood. That excepted, all the songs are associated with or reflect upon Horne. Especially notable is another of Strayhorn’s, Something To Live For, which has an excellent solo by violinist Regina Carter. There is also a moving performance of Sometimes I Feel Like A Motherless Child, with Clairdee accompanied only by pianist Jon Herbst.

It appears that with this album, Clairdee is moving toward the creation of a full-length show tracing Horne’s life. This prompts a personal note as back in the early 1980s I was fortunate enough to attend Lena Horne’s one-woman show. It proved to be an extraordinary and memorable musical evening. That being so, Clairdee has set herself a difficult task. Based on what is heard here, she will achieve her objective.

Here we have what may, I suppose, be designated a jazz-rock album (a rarity these days, and it's fascinating that Kevin Glasgow, a young...

Frank Zappa, who died 26 years ago at the age of 52, was a major figure in 20th century popular music. That a keen...

Jaco's discoveries have become a commonplace, his innovations standard elements in the electric bass vocabulary, but any new evi­dence of his genius is valuable....

"It appears that Clairdee is moving toward the creation of a full-length show tracing Horne’s life. That being so, she has set herself a difficult task. Based on what is heard here, she will achieve her objective"Bruce CrowtherClairdee: A Love Letter To Lena
Advertisement